Ford introduced the electric version of its best-selling truck F-150 in 2022 and took a different approach than its main competitors, such as the Chevrolet Silverado EV or the Rivian R1T.

The F series was the best-selling model in the car industry, and Ford was proud of it. And yet, it didn't rush to create an electric version for it and waited until it was sure that it could provide a trustworthy work truck.

While it shared most body panels with the version powered by an internal combustion engine, the F-150 Lightning featured a few particular differences. At the front, the massive grille between the headlights was completely blocked. Since there was no radiator behind it, it didn't make sense to have an actual grille. Instead, it was a panel with a horizontal sculptured slat in the middle that sported the blue-oval badge. The headlights were visually united via an LED strip that served as a daytime running light. From its sides, though, the pickup looked very similar to the rest of the F-150 range, with the two-step window line and the separated bed at the back.

On the inside, the most significant change was for the infotainment screen. Ford installed a portrait-mode, massive 15.5" touchscreen in the middle of the dashboard, replacing the regular center stack. Moreover, a 12" instrument panel sat in front of the driver. Another major difference from the regular F-150 was the front trunk. Since it didn't have an engine there, Ford installed a 400 liters (14 cu-ft) luggage compartment ideal for groceries. In the same area, the carmaker placed four 110 V outlets to power various equipment on a construction site, for instance.

The F-150 was available with two battery packs and a choice of two engines. In the most potent version, it provided a neck-hurting four-second acceleration from 0 to 60 mph (0-97 kph). 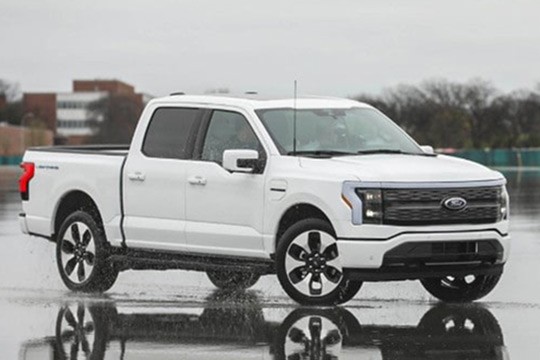 1 Deployed With USMC: 1967 Ford Mustang Misses Chance to Be Restored, Stored in a Barn

2 Ford Follows VW and Will Not Sell EVs After Leasing Ends: It Needs the Batteries