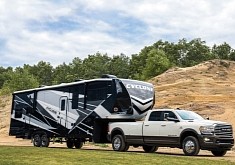 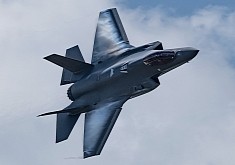 12 May 2022, 15:58 UTC / Filmed a little over a month ago, the Aston Martin Valkyrie in the featured video doesn't mind a little water on the track

2 Jun 2016, 15:43 UTC / Yamaha finished investigating the causes that led to a double engine failure at Mugello; thankfully, they relate to a software malfunction only

24 May 2016, 13:02 UTC / Yamaha is still investigating the causes that led to the demise of Valentino Rossi's engine eight laps into the Italian Grand Prix at Mugello

24 May 2016, 08:09 UTC / The Mugello crowd booed both Marc Marquez and Jorge Lorenzo when they stepped on the podium, and the two riders had mixed reactions

23 May 2016, 08:50 UTC / Mugello saw an epic battle between Lorenzo and Marquez, with Yamaha winning by a 0.019-second margin, while Rossi abandoned with a blown engine

19 May 2016, 13:45 UTC / Dorna increased the security around Marc Marquez and Jorge Lorenzo at Mugello, providing them with bodyguards and limiting their movement around the track

19 May 2016, 09:54 UTC / It took only minutes for two major moves in the MotoGP rider market to become official, with Vinales at Yamaha and Iannone at Suzuki

Marc Marquez Italian Fan Club Will Not Be at Mugello

12 Jan 2016, 15:49 UTC / Members of the Italian Marc Marquez fan club have announced they will not attend the MotoGP round at Mugello because the "situation is really dangerous"

9 Nov 2015, 15:19 UTC / Apparently, there was a big Ferrari F12tdf event this weekend at Mugello, and you weren't invited. They realized their mistake and sent in this video

31 Jul 2015, 15:19 UTC / World Superbike rider Niccolo Canepa will appear in court to provide testimony in a case of assault and battery, after he apparently caused a rider to crash

29 May 2015, 14:40 UTC / Andrea Dovizioso looks exceptionally strong in the first two Free Practice sessions at Mugello, and says that he was on par with Marquez is an understatement

28 May 2015, 13:28 UTC / Aprilia endows its MotoGP bikes with the new seamless transmission and it will debut at the end of this very week, with the Italian round at Mugello

6 Mar 2015, 14:08 UTC / Unusually strong winds have hit the Italian region of Tuscany and the Mugello circuit has also been affected, sustaining extensive damage

29 Jan 2015, 16:52 UTC / Two officials, a test rider and a head of an engine development program are explaining some of the really cool things about the all-new Ducati 1299 Panigale

2 Jun 2014, 10:37 UTC / The iconic circuit at Mugellow hosted a fiery race past Sunday, as the 6th round 2014 MotoGP championship brought Italian riders in front of their home crowd. What seemed a questionable race start b...

31 May 2014, 05:41 UTC / Friday, at the Mugello circuit in Italy, Marco “Super Sic” Simoncelli became the 21st rider to be inducted into the MotoGP Hall of Fame, and was posthumously appointed a MotoGP Legend. A...

30 May 2014, 09:38 UTC / Marc Marquez is once more the fastest rider on the grid, as the Free Practice session 1 ends at Mugello, ahead of the Gran Premio d’Italia TIM. We’ve also had Andrea Dovizioso and Valent...