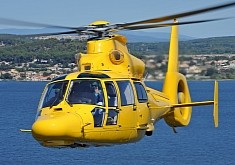 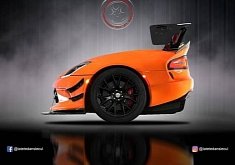 Supercar Overhang Art Is As Crazy As It Gets 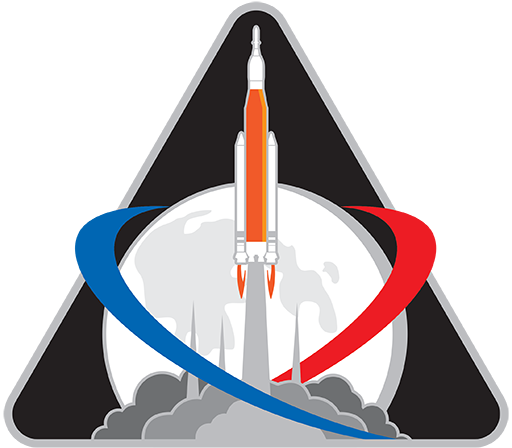 Artemis I is the first mission of the new Moon exploration program, the second such effort in the history of mankind after the Apollo of the 1960s. It’s the test flight for the Space Launch System (SLS) rocket and the Orion spaceship, and it’s scheduled to lift off on August 29 at 8:33 a.m. EDT (12:33 UTC).

If successful, Artemis I will be followed by a crewed flight that will not land on the Moon (Artemis II), and the one that will put human boots on the surface, Artemis III, probably by the end of the decade. For the first time in history, some of the feet filling those boots will belong to a woman and a person of color.

29 Aug 2022, 12:27 UTC · By: Florina Spînu / The Artemis I launch seems to be plagued by various issues. NASA has enountered a problem with one of its rocket's engines and had to put the countdown on hold

29 Aug 2022, 10:30 UTC · By: Florina Spînu / In less than 4 hours, Artemis I will launch from Launch Pad 39B. The mission will kickstart the Artemis program, which is expected to return humans on the Moon

29 Aug 2022, 07:14 UTC · By: Daniel Patrascu / Artemis I, the first mission of humanity's second Moon exploration program, is taking off today. Check back here for hot updates

T-Minus 12 Hours: The Vibe at KSC The Day Before Artemis I's Launch Is Unreal

29 Aug 2022, 00:46 UTC · By: Benny Kirk / Only a handful of Americans still alive today remember what it was like the last time this country had a robust and well-celebrated manned space program.

28 Aug 2022, 15:32 UTC · By: Benny Kirk / Perhaps the most memorable incident of tropical weather-related mishaps during pivotal rocket launches came during the launch of Apollo 12.

25 Aug 2022, 16:52 UTC · By: Florina Spînu / NASA's Artemis I mission to the Moon is closer than ever to launch. Teams have opened the Orion capsule for the last time to inspect its interior

NASA's Ready for the Moon, Artemis I Mission Scheduled for Launch on August 29

23 Aug 2022, 02:03 UTC · By: Florina Spînu / On August 29th, NASA will officially kickstart the Artemis program. The SLS rocket will blast off with Orion on top from the Kennedy Space Center in Florida

17 Aug 2022, 12:44 UTC · By: Daniel Patrascu / NASA finished the rollout of the Space Launch System rocket to the Launch Complex 39B, launch of Artemis I still scheduled for August 29

12 Aug 2022, 14:41 UTC · By: Daniel Patrascu / The BioSentinel CubeSat is one of ten to be sent to space with the Artemis I mission, to study the effects of space on yeast

11 Aug 2022, 09:43 UTC · By: Daniel Patrascu / NASA's cargo manifest for the Artemis I mission is three pages long, includes anything from LEGOs to tree and plant seeds.

Shaun the Sheep Going to the Moon, Joins Campos Moonikin and Snoopy

3 Aug 2022, 11:58 UTC · By: Daniel Patrascu / The European Space Agency will be sending a Shaun the Sheep doll to the Moon on the Artemis I mission, joins dedicated Campos dummy and a Snoopy doll

Best Artemis I Launch Viewing Spots Sold Out, a Parking Lot Is Pretty Much All That’s Left

3 Aug 2022, 09:03 UTC · By: Daniel Patrascu / 2 of the 3 viewing packages NASA offers for the Artemis I launch, the best ones, are already sold out, only Atlantis South, Rocket Garden, or Parking Lot 3 left

2 Aug 2022, 08:37 UTC · By: Daniel Patrascu / NASA engineers are now on the final stretch of preparations for the Artemis I Moon launch, rocket and spaceship getting ready inside VAB

31 Jul 2022, 13:31 UTC · By: Benny Kirk / If you haven't been paying attention, and we totally understand if you haven't, Artemis I is set to launch its first uncrewed test flight on August 29th

Artemis I Is One Step Closer To Launch, the Final One

30 Jul 2022, 21:32 UTC · By: Bogdan Bebeselea / NASA is almost done working on the first Space Launch System rocket (SLS), which is the most powerful rocket that NASA ever built

1 Jul 2022, 12:43 UTC · By: Daniel Patrascu / NASA to start moving the Space Launch System and Orion combo back into the Vehicle Assembly Building on July 1, just in time for Independence Day

SLS Rocket Spotted in Living Rooms, on Desks, in Parks and Everywhere

13 Jun 2022, 08:11 UTC · By: Daniel Patrascu / NASA is now planning to conduct the wet dress rehearsal test for the Space Launch System and Orion at the beginning of next week