1 NASA's Ready for the Moon, Artemis I Mission Scheduled for Launch on August 29

3 NASA Sending Yeast Up on Artemis I, Not Meant for Bread of Beer

5 Shaun the Sheep Going to the Moon, Joins Campos Moonikin and Snoopy
Up Next

Give Your VW ID. Buzz a Sporty and Drop-Down Look With the Zyrus Carbon Fiber Kit

Daniel Patrascu
After years of waiting and decades of hoping, the Artemis I mission is about to take off from Launch Pad 39B at the Kennedy Space Center in Florida. The launch is scheduled for August 29, 2022, at 8:33 a.m. EDT (12:33 UTC).
1 photo
This is the first mission of the brand new Artemis Moon exploration program. The Space Launch System rocket will push the Orion spaceship on a course that would take it to a distance of 280,000 miles (451,000 km) from Earth in a mission estimated to last six weeks. No other crew-rated piece of hardware has ever made it this far.

If successful, Artemis I will be followed by a crewed mission, with no landing on the Moon. It will be Artemis III that will get the honor of placing American boots on Earth's satellite once more.

To follow our live text coverage of the launch, keep this page open. For the visual experience, NASA's live broadcast, check the video below.

12:32 UTC  Artemis I launch window now officially open. If they don't leave the pad in the next two hours, the SLS rocket and the Orion spaceship are not going anywhere today. (photo: NASA) 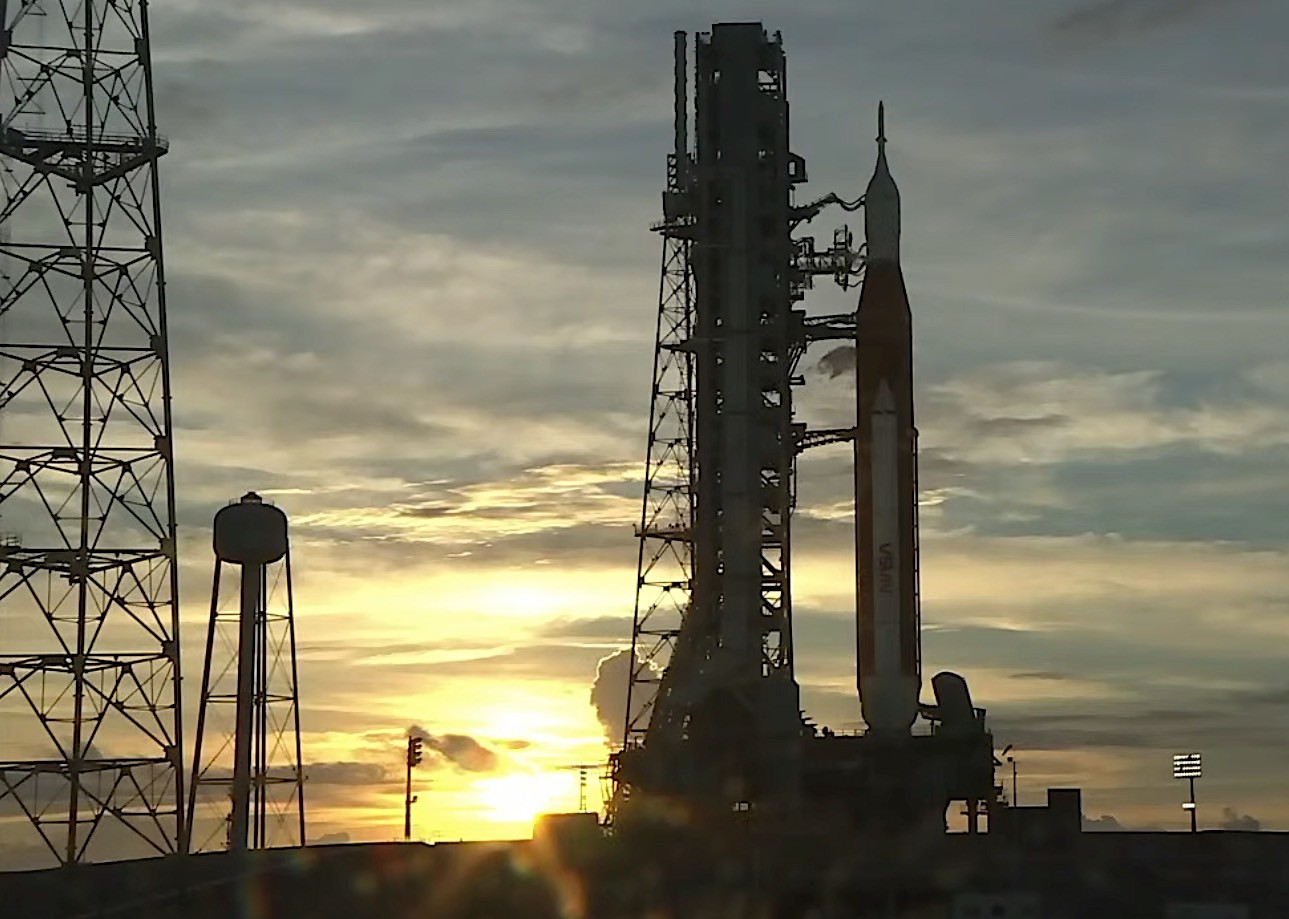 12:25 UTC  Moon rocket launch countdown has been on hold for about an hour.

11:06 UTC  Teams working on next steps to solve engine issue.

10:57 UTC  Engine no. 3 still not bleeding properly after troubleshooting. 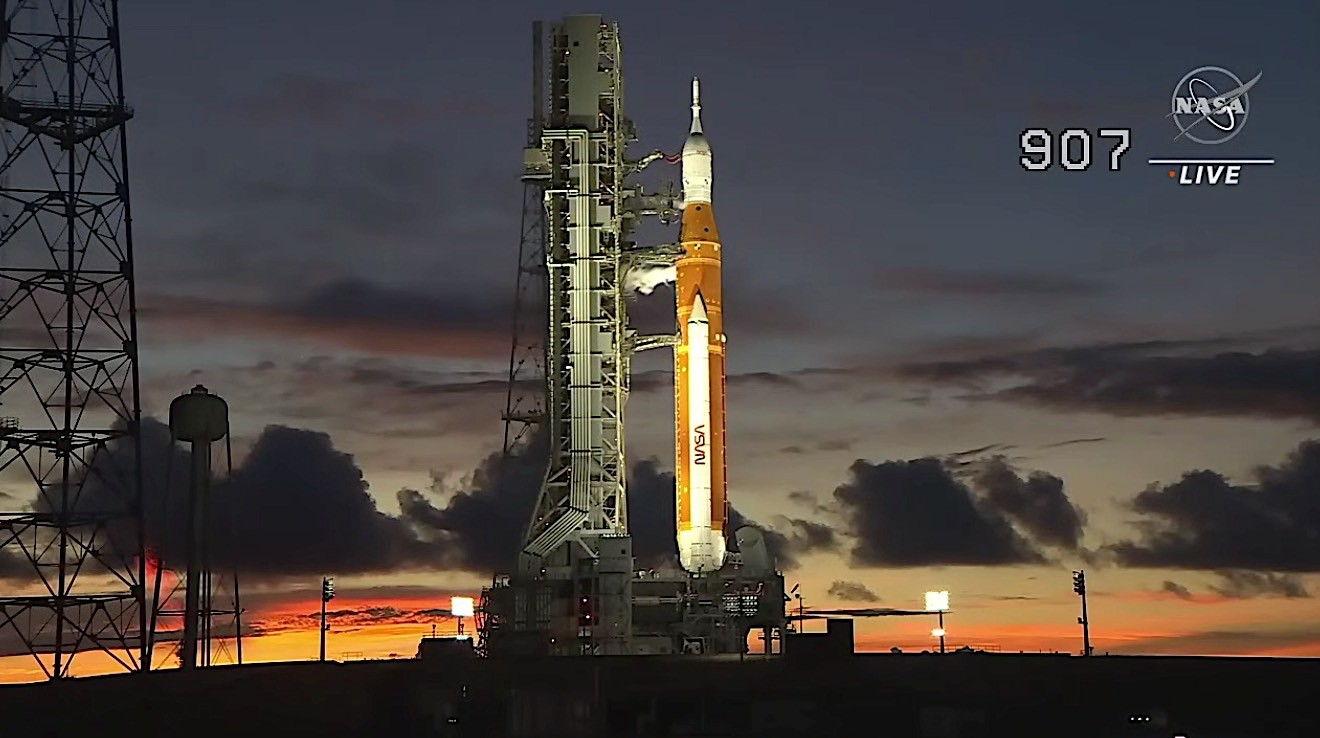 10:34 UTC  NASA begins live streaming the Artemis I SLS launch process. Watch everything live in the video above.

10:33 UTC  A crack seems to have appeared in one of the flanges (connection joints that are attached to the two tanks) on the core stage of the SLS. Teams are investigating.

10:31 UTC  One of SLS' RS-25 engines (engine no. 3) is experiencing an issue, not being properly "conditioned through the bleed process." Teams are working on the problem now. 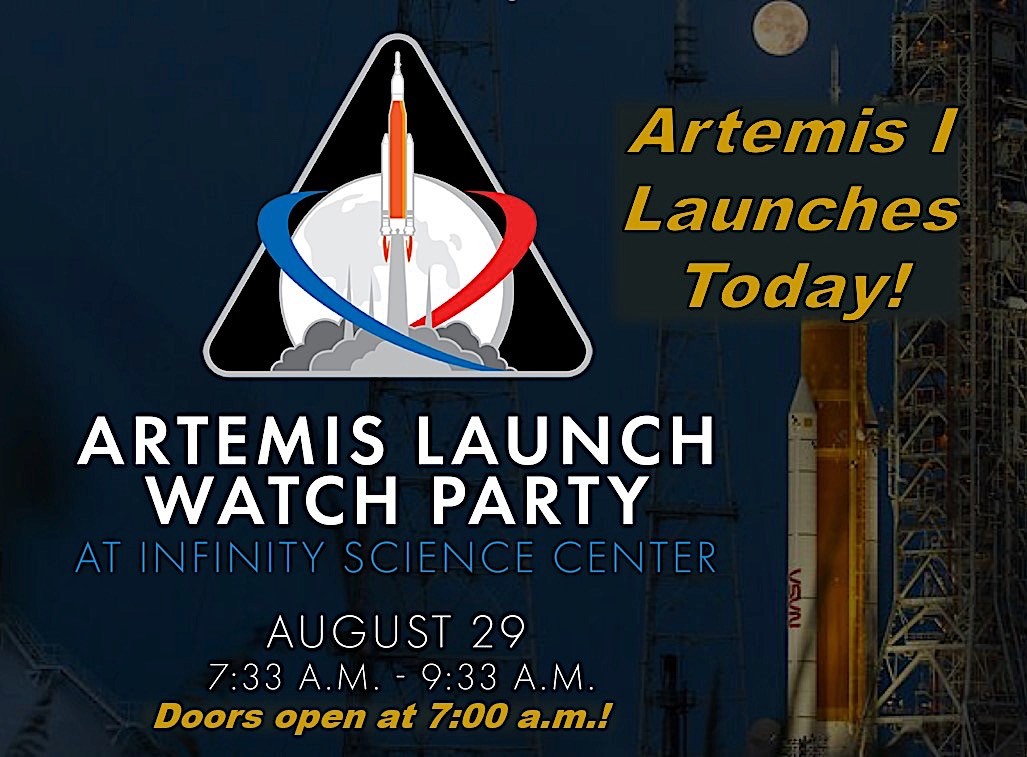 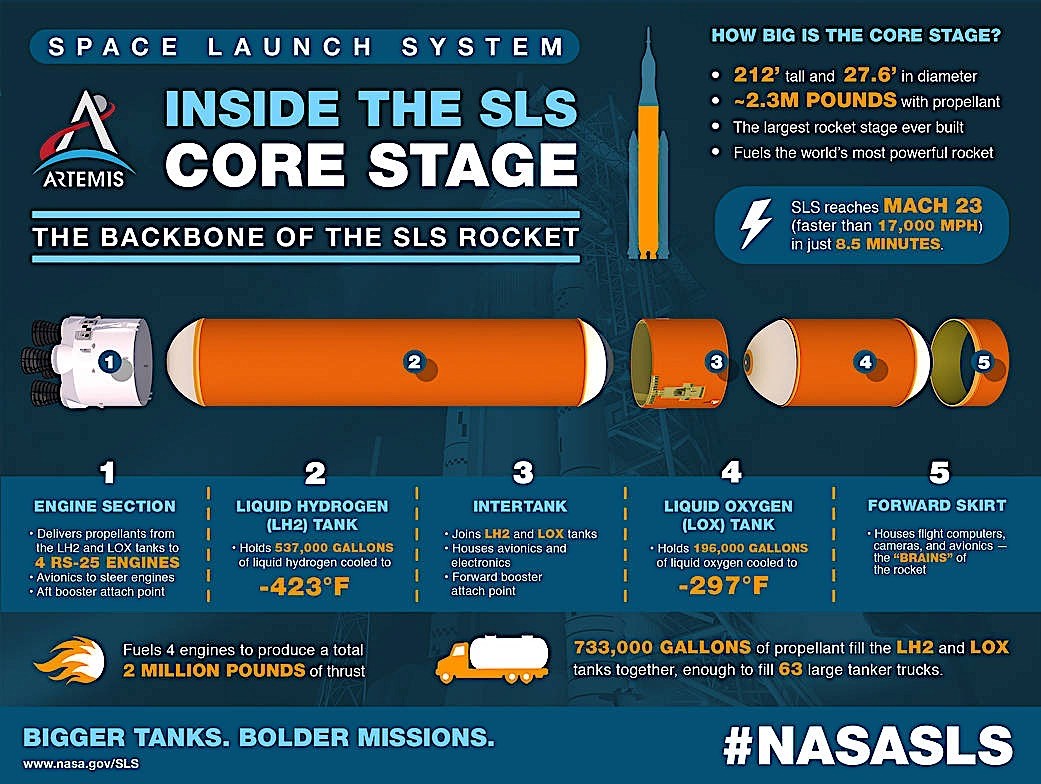 08:55 UTC  NASA moves to fueling the SLS interim cryogenic propulsion stage (ICPS), the upper stage of the rocket. Core stage oxygen tank is at 80%, hydrogen at 61%. Launch in announced window still on track. 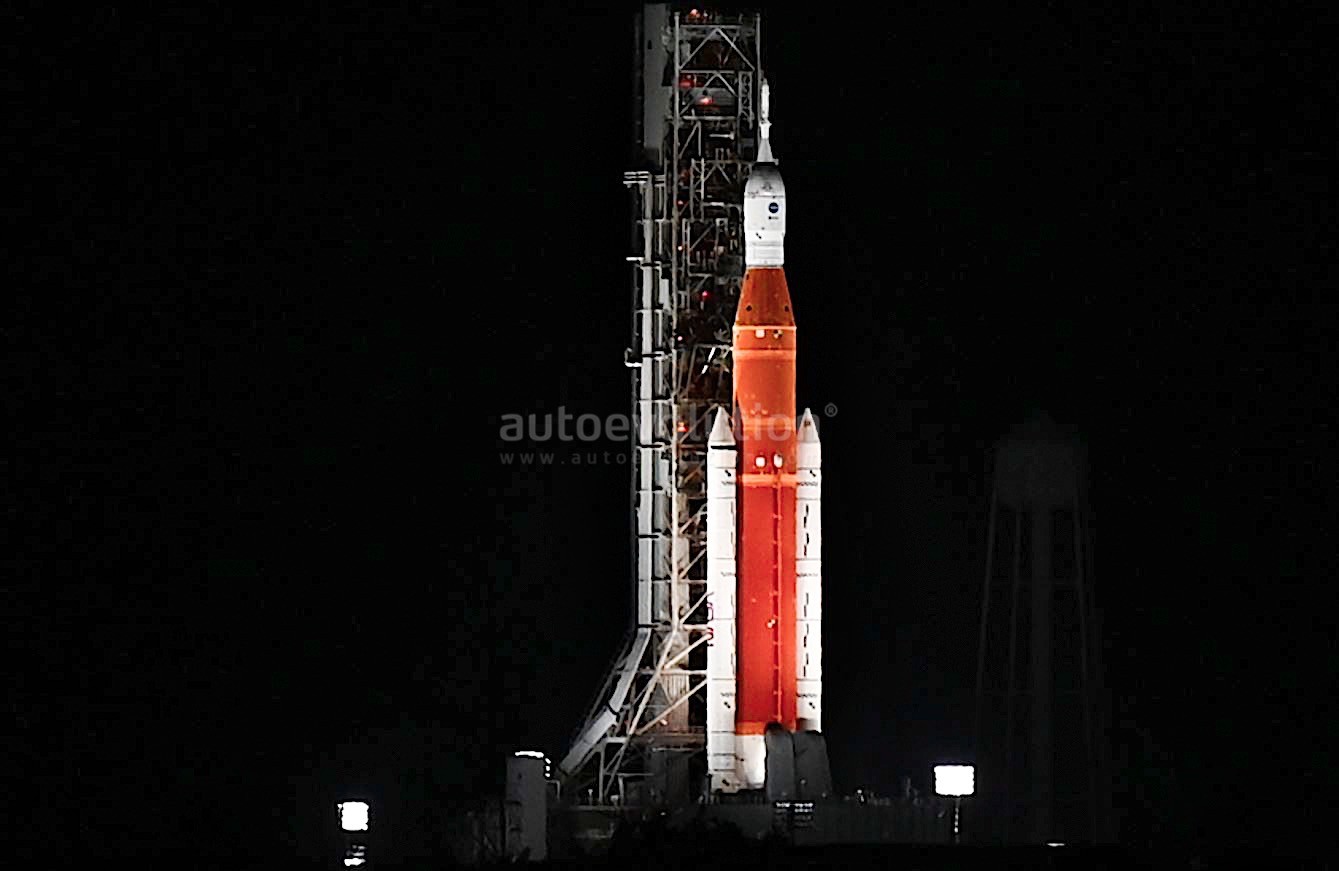 08:18 UTC  Hydrogen fast fill resumes after manual chill down, troubleshooting and monitoring of the leak continues.

07:50 UTC  Hydrogen leak comes back to haunt NASA: spike in the amount of hydrogen that is allowed to leak into the purge can recorded, reverse flow started. Problem is being "troubleshot," cause may not be the same as the one seen during the wet dress rehearsal test.

07:38 UTC  "Teams are assessing LH2 propellant loading on the NASA SLS rocket for the Artemis I mission," NASA says. Half an hour ago, the core stage was 24% filled with liquid oxygen, liquid hydrogen at 4 percent. 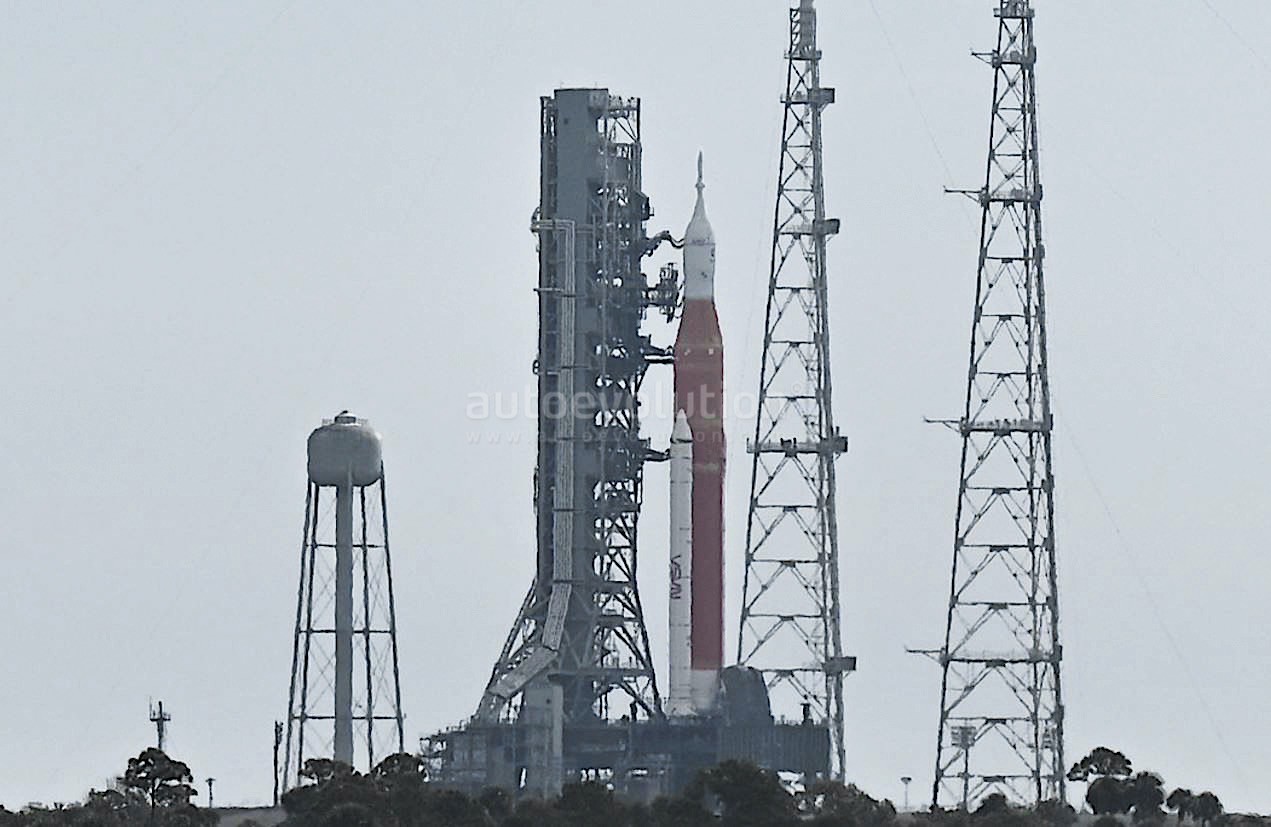