1 Canada's Private Jets Are Going Green, With CO2 Emission Cuts of up to 20 Percent

5 Shell Is Building One of the Largest Biofuel Plants, With CO2-Capturing Technology
Car video reviews:
Coverstory

While the U.S. Government is investing millions of dollars into SAF development-related projects, and giants such as United Airlines are signing huge purchase agreements for alternatives to conventional fuel, a small startup in the Netherlands is slowly working on the world’s first manned liquid hydrogen-powered aircraft.

AeroDelft is an impressive company not just because of its very ambitious goal but also because its team consists of 50 students from various institutions, including TU Delft, Erasmus University Rotterdam, and Utrecht University, representing a total of 17 nationalities. Each of these students is bringing a unique expertise to Project Phoenix, set to become the first zero-emissions aircraft running entirely on liquid hydrogen.

Phoenix PT is powered by a 1,500 W fuel cell plus a battery pack, with hydrogen being kept in a cryogenic tank and warmed to 0 degrees Celsius (32 degrees Fahrenheit) through a complex tubing system. The final version, however, will be powered by liquid hydrogen. Equipped with an electric motor and powered by 1 liter (0.2 gallons) of hydrogen, Phoenix will be able to fly for seven hours or cover 500 km (311 miles), which are remarkable endurance and range values.

So far, Phoenix PT is ready for its first public flight, and the first flight for Phoenix FS, powered by gaseous hydrogen, is planned for the summer of 2022. After that, the young team at AeroDelft hopes to conduct the first full-scale, liquid hydrogen flight in two years and announce the first hydrogen-powered flight around the world in 2025. 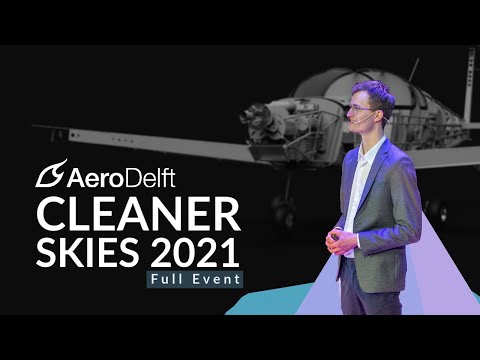