3 Candela C-8 Electric Boat Has an Appetite for High Speeds, Flies Silently Above the Water

Unveiled last summer and tested on the water for the first time back in February, Candela’s high-performance, C-8 electric boat is almost ready to make its big debut.
8 photos

Sailing and yachting enthusiasts who can make it to Venice, Italy next week, will get to enjoy nine days of exhibitions, conferences, water tests, and regatta. The third edition of the Salone Nautico Venezia will take place between May 28 and June 5, and it will be the perfect opportunity for Candela to officially launch “the world’s most anticipated electric boat,” to quote the Swedish boat maker.

The C-8 is the second model to be released by Candela, after the C-7, which was introduced back in 2019 and became the first electric foiling chase boat to take part in the SailGP sailing competition. Claiming to outperform most electric boats on the market, the C-7 offers a range of 57 miles (93 km) when flying above the water at a speed of 25 mph (41 kph). However, it can hit a top speed of 35 mph (56 kph), while delivering a smooth and stable ride.

Candela’s C-8 was introduced last August and its manufacturer claims that its fly-by-wire steering and instant feedback make you feel like you’re driving a racing car. Its electric hydrofoil system reduces water friction by 80 percent compared to traditional boats. The C-8 comes with an improved C-hull design and is larger, measuring 8.5 m (27.8 ft) in length and 2.5 m (8.2 ft) in width.

The cruising speed of the electric boat has also been slightly improved, with the C-8 being able to travel at 24 knots (27.6 mph/44.4 kph) as supposed to 22 knots (25 mph/41 kph), which is what Candela's C-7 is capable of.
The range of the C-8 remains pretty much the same, with the vessel offering over 50 nautical miles (around 93 km) per charge at cruising speed.

Candela kept the lightweight, aircraft-inspired carbon fiber hull and offers the boat in two configurations, as an open day cruiser or a sheltered hardtop with a retractable sunroof.

The Swedish boatbuilder will be present for the entire duration of the Salone Nautico Venezia event, proudly showcasing its C-8 for all to admire. The electric boat is available for purchase, with orders placed today being scheduled for delivery in the second half of 2023. Candela’s highly-acclaimed watercraft starts at $330,000. 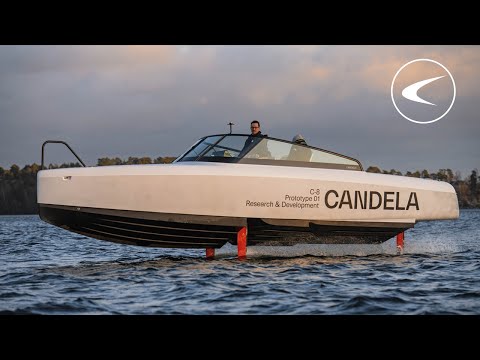 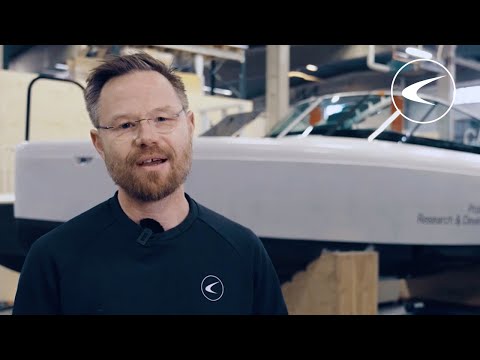