1 Next Virgin Galactic Test Flight Postponed Once More, Coming May at the Earliest

4 This Is Richard Branson Wearing a Blue Under Armour Spacesuit

“Release, release, release.” These are the words that kicked off the historic flight of the VSS Unity at the end of last week, the words that marked the first time in history when Virgin Galactic’s Spaceport America in New Mexico was the place from where humans launched into space.
17 photos

These words can be heard at the beginning of the two minutes or so-long video you can find below this text. There you can find the most noteworthy images of the flight, starting with the spacecraft’s separation from the carrier plane, the ignition of the rocket engine, and the climb up to 55.45 miles (89 km) where the two pilots indulged themselves in some sightseeing. And we even get a few glimpses of space and Earth, as they will be seen by tourists seated inside the fancy cabin.

Last week’s flight was Unity’s third and comes after close to six months of delays. Piloted by CJ Sturckow and Dave Mackay, the spacecraft reached a speed of Mach 3 going up. Once there, the two men were treated to some incredible vistas.

Aside from the people onboard, the Unity carried scientific research experiments with it as part of NASA’s Flight Opportunities Program, experiments we’ll probably learn more about in the coming days.

The VSS Unity is a spaceplane-type machine that launches horizontally from the underbelly of a carrier plane, aptly called by Virgin mothership. It generally does this at an altitude of 50,000 feet (15 km) and then flies on its own until it reaches the edge of space. It can carry a crew of two and up to six paying tourists—a ticket should cost around $250,000.

Despite this successful flight, we still have no idea when Virgin Galactic will actually begin commercial operations. When that happens, the New Mexico location should become a very crowded place. 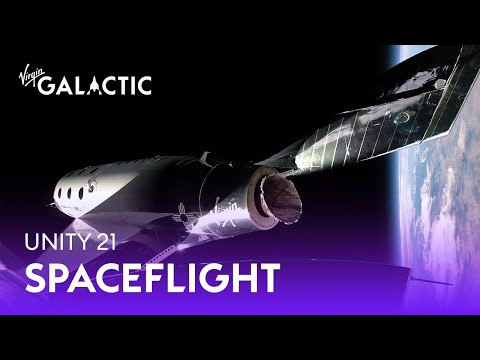