1 Want to See Inside a Spaceship? Virgin Unwraps SpaceShipTwo Interior on July 28

4 Second Virgin Spaceship Can Now Carry Its Own Weight

This Is the Interior of the SpaceShipTwo, and It’s All We’ve Been Hoping For

Daniel Patrascu
Now that SpaceX re-opened the doors to crewed space launches from American soil, we’re looking forward to seeing how space exploration will shape up in the coming years. But Elon Musk’s company is for now sending only trained astronauts up there.
5 photos

Virgin Galactic has a larger goal. It wants to send average, rich Joes and Janes to the edge of the atmosphere, providing them with vistas not many of us will get to experience in our lifetime. And each and every one of these people will enjoy what can only be described as a luxurious, futuristic, almost sci-fi-like interior.

As promised, Richard Branson’s company revealed this week the interior of the SpaceShipTwo, and by the looks of it, the wait of several years has been worth it.

The interior as you see it in the gallery above was crafted by Virgin with the help of London design agency Seymourpowell. The two groups say the goal of the project was to develop “an elegant but progressive, experience-focused concept for the cabin of its spaceship.” We don’t know about that, but it certainly is cool.

There are eight seats inside the SpaceShipTwo that wears the name VSS Unity. Two are for the pilot and co-pilot, while six others are reserved for tourists. All of them can be reclined by the pilot to “optimally position astronauts to manage G-forces on boost and re-entry.”

The seats have enough free space around them to allow for out-of-seat weightlessness experience, and while floating around freely each of the tourists can look at themselves in what can only be described as the ultimate vanity touch, a large, circular mirror on the aft bulkhead.

While seated, live data feeds from the spacecraft is sent in front of each of the travelers’ eyes through seatback screens, and 16 cameras and 12 cabin windows make sure not a single thing remains unseen during the entire experience.

It’s not yet clear when Virgin Galactic will begin flying paying customers beyond Earth’s borders. For now, the company says over 600 people have signed up. Doing that is not hard, as it requires only a $1,000 refundable deposit to be made, but the actual experience, which includes flight training, will cost in excess of $200,000.

You can have a look at the VSS Unity interior unveiling, with all the juicy details, in the video attached below. 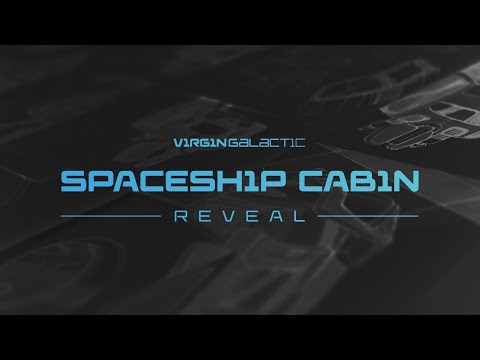