4 Uber Flying Burgers Are Key to the Future, CEO Says

Home > News > U-turn
Daniel Patrascu
With most of the public's attention trained on the developments in the electric and autonomous vehicles segments of the transportation industry, a handful of companies, most of them operating under the radar, are working on ways to make land-based transport a thing of the past.
7 photos

Uber, Airbus, and Audi are just a few of the big names who have already announced plans to develop some type of flying machine, capable of transporting people to and fro in urban environments and beyond. In their shadows, a host of startups are trying to do the same, with various degrees of success.

Lilium is just such a company. A German startup whose achievements have been until recently snuffed from the public view by the much more pompous announcements of the giants in this segment. Largely unseen by the public, but solidly funded by companies like Tencent, Lilium has been working on a craft capable of allowing anyone to “fly wherever they want, whenever they want.”

At the beginning of May, the company conducted the first short flight test of a five-seater prototype called Lillum Jet, a machine that will eventually turn into a full-fledged air taxi. The test was successful, and opens the door for the realization of the company’s dream of having a working product to sell in 2025.

The Jet is powered by no less than 36 electric engines built in-house that can be used for both vertical take-off and horizontal propulsion. With all of them working, the flying taxi should reach speeds of up to 300 kph (186 mph), for a maximum flying range of 300 km.

The May flight was about the only big test scheduled for the Jet this year, as its creators will go back to the drawing board to improve their design. Lilium does not say when a full-scale test flight will be made. 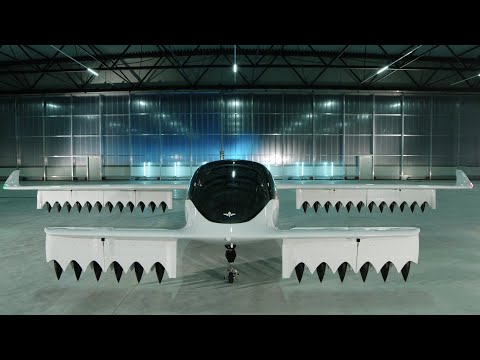