Watch How Far You Can Go in a Chevrolet Bolt, America's Most Affordable EV

Highway range tests are popular for many people considering buying an electric vehicle. The Chevrolet Bolt might not be as flashy as a Tesla Model Y or a Hyundai Ioniq 5. Still, it’s America’s most affordable EV. Here’s how far it can go on one charge at highway speed.
6 photos

The Chevrolet Bolt promised to be one of the best electric vehicles on the market, but it proved to be a monumental flop after its batteries started to erupt in flames. Chevrolet fixed the problem with a costly recall paid for by LG Chem and eventually restarted Bolt’s production. The refreshed Bolt has pretty decent specs, even though its technology has become long in the tooth. It’s still a tough sell, so Chevrolet had to slash the price to $25,600.

This has made the Bolt the most affordable electric car on the market and a lot more attractive to buyers. Chevy Bolt is a solid contender in the EV market, with a combined EPA range rating of 259 miles (417 km) and a highway range of 233 miles (375 km). Sure, it does not support the latest fast-charging protocols, and its electronics are not up to date. Nevertheless, it delivers plenty of oomph for the price.

Surprisingly, Chevy Bolt outperformed the EPA rating, with 260.1 miles (419 km) traveled on a single charge. It wasn’t without issues, though, as the Chevy EV does not offer clear indications about the range left. Instead, it displays 20 bars, each representing 5% of the battery. The range estimate disappears when the last bar is reached, and the range drops below 15 miles. This has caused the team to remain stranded on the side of the road with an empty battery and no other solution than a tow truck. 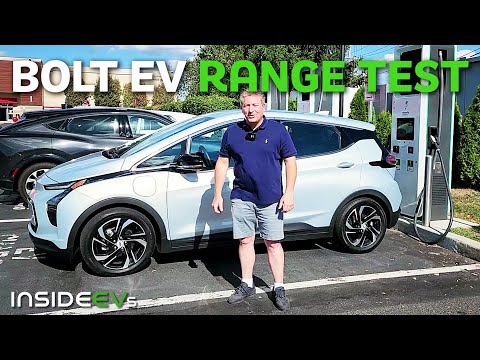