4 Volvo Reveals Concept Truck 2020
Up Next

Volvo Guns For World Speed Record In 2,400 HP Truck Because It Can

Sebastian Toma
Volvo has a truck division with a long tradition behind it, and the Swedes also like to do extreme things with their creations.
5 photos

From having Jean Claude Van Damme perform a split between two Volvo trucks, to letting a kid remote control one of their vehicles, Volvo Trucks has done it all. Their latest plan features something called “The Iron Knight,” and it will try to break two world records.

Both world records targeted by Volvo’s creation are speed records, and they have to be pursued from a standing start. One of them takes place on a 500 meter-long (0,31 mile) track, while the other is one a one-kilometer-long (0,62 mile) section. For both attempts, Swedish truck racer Boije Ovebrink will be at the wheel.

Volvo already has the 1,000-meter record in the bag, with a 98.7 mph result achieved in the 1,600 HP “Wild Viking.” However, the Iron Knight has 2,400 HP, and an impressive torque of 4,425 lb-ft (6,000 Nm). The Swedish company has explained that the transmission and engine are based on production items, but they have been modified to handle this task.

The rest of the Iron Knight is built from scratch, including its fiberglass body. We must note that the i-Shift Dual Clutch transmission maintains its operating elements, and its only improvement is the addition of sintered discs and pressure plates. Meanwhile, the D13 engine has been fitted with four turbochargers and a set of water-cooled intercoolers.

Evidently, Volvo engineers had to modify the vehicle’s electronics to suit the new horsepower and torque figures. Other modifications include aerodynamic alterations to the cabin, as well as massive air intakes integrated into the side-skirts, which are used to supply the unit with air for cooling.

Volvo says that the Iron Knight weighs 4.5 tons (9,000 pounds), and that it has a power-to-weight ratio that is above 0.5 hp/kilogram or per 2,2 pounds. The record-breaking run will be broadcast live on the Volvo Trucks social media channels, so make sure to tune in. 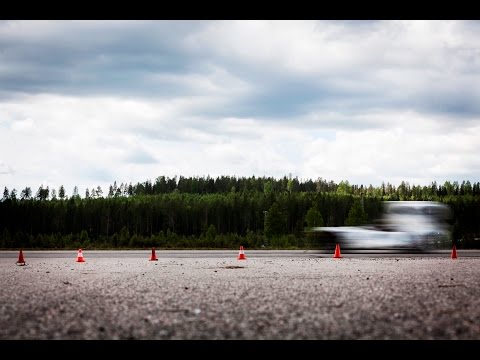