Volvo introduced the XC40 in 2017 and became an instant hit in the carmaker's portfolio, even though it was offered with internal combustion engines.

But that was changed over the years.

In 2021, the carmaker introduced a facelift for the crossover and gave the XC40 Recharge an all-electric powertrain.

From the outside, the overall shape was kept, but there were some changes here and there. For starters, the grille's place was taken by a curved panel since there was no need for a large cooling area. It was flanked by the two headlights featuring the Thor hammer design for the DRL. As expected, the car received LED lights for everything, thus reducing energy consumption while also improving lighting efficiency. At the back, the flared wheel arches and the specific Volvo taillights remained virtually unchanged. The charging port was mounted on the left rear fender.

On the interior, the carmaker understood that it had to offer a premium experience and installed high-quality upholstery. But just to keep the things on the right side, the upholstery was made from sustainable materials and no real-leather skin on the seats or door cards. The center stack sported the infotainment display powered by Android, which promised a better end-user experience.

For the drivetrain, Volvo installed an all-electric powertrain fed by a 68 kWh battery pack, which allowed it for a 270 miles (434 km) range. 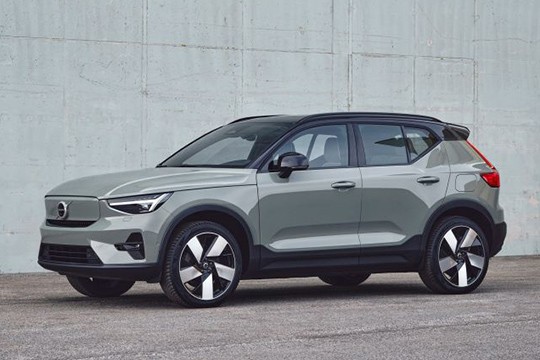 2 Volvo, The Local Project Meets the Travel and Leisure Needs of Urban Nomads

3 1990 Volvo Wagon Spent the Last Ten Years in a Field, Will It Still Start?

5 Volvo XC40 Sends BMW, Jeep, and Defender Vibes, Is a Freemason at Heart