2 Volvo Trucks Is Preparing Another Epic Live Test, and Here Is the Teaser

3 Tiff Needell Races a Volvo Truck Against the Koenigsegg One:1 on a Track

Home > News > U-turn
Sebastian Toma
Volvo has put together another stunt for their truck division, but this time, they did not pull any tricks to achieve it.
4 photos

Instead of giving Jean-Claude Van Damme another call for a “viral with Volvo Trucks,” the trucking division asked Magnus Samuelsson, the first and only Swede ever to have won the “World’s Strongest Man” title, to perform the stunt.

Mr. Samuelsson is a TV celebrity in Sweden, as he participated in several TV shows and films. He is also known for another five podium finishes of Strongest Man competitions. In a way, Mr. Samuelsson is a less-mainstream Van Damme, but with more power and less karate.

What was the stunt? Well, Volvo Trucks wanted to prove their new crawler gears of the I-Shift transmission work flawlessly.

They say you can drive with a gross combination that weighs up to 325 tonnes, unique in itself for a production truck, but the stunt we’re talking about here involved pulling 750 tonnes.

As you can quickly notice, this is more than twice the maximum recommended weight, but we believe they chose this amount because the truck’s engine also develops 750 HP.

So Volvo arranged for a massive container train to be brought in the Port of Gothenburg. The entire attempt was witnessed by Brian Weatherley, a trucking journalist with over 30 years of experience. He says he’s never seen something like it and describes the entire stunt as an “immensely tough challenge for a regular series-produced truck with automated transmission.”

This is slow, as you can imagine, but doing this with a hefty load is an impressive task. Volvo claims the truck can start from a standstill while hauling 325 tonnes, which is a unique and unmatched achievement for a series-produced vehicle with an automatic transmission.

Customers can choose a truck with a direct drive or overdrive, with one or two crawler ratios. Furthermore, it is also possible to specify two extra reverse crawler gears. These particular crawler gears are made from high-strength materials and make the unit longer by 12 centimeters (4.72 inches). 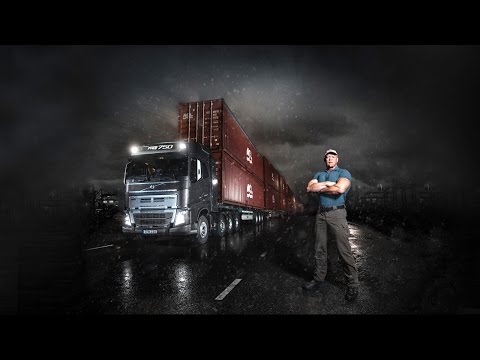 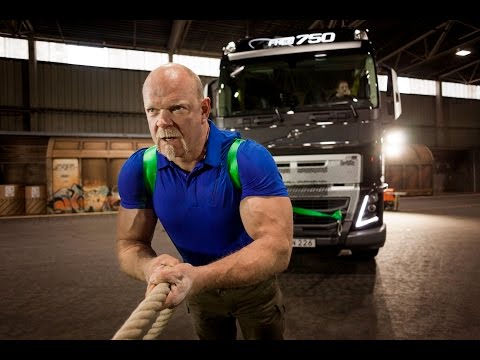