3 2021 Ram TRX "Brodozer" Gets Driven Hard on and off Road, Receives Mixed Ratings

Cosmin Vasile
SnowRunner has slowly and surely become one of the most realistic off-road driving experiences. Of course, you’ll have to buy a lot of the additional content developer Saber Interactive is putting out via yearly passes, but there’s a lot of free content coming to SnowRunner as well.
6 photos

Earlier today, the folks behind SnowRunner teased a new season of content with the Year 2 Pass trailer. The new pass that owners of the base game will have to purchase contains four seasons, yet some of these seasons will also include some free new features that will be available to all SnowRunners players on PC and consoles.

However, in order to unlock these powerful 8-wheelers, players must first restore and rebuild a TATRA factory. Then, they will be able to drive the TATRA FORCE and TATRA PHOENIX featuring their signature adaptable axles.

Additionally, Season 5 adds new skins and stickers to all players across a variety of vehicles, which will be free for all. More importantly, Saber Interactive announced that the launch of Season 5: Build & Dispatch also marks the availability of crossplay on PC across Steam, Epic Games Store, and the Microsoft Store.

SnowRunner Year 2 Pass is now available for purchase on PC, PlayStation 4, Xbox One, and Nintendo Switch for $25. Those who buy it now will immediately receive access to the two TATRA vehicles and the exclusive Burning Bright Vinyl Wrap Pack, adding four exclusive skins for the Azov 5319, Azov 73210, YAR 87, and Voron AE-4380. 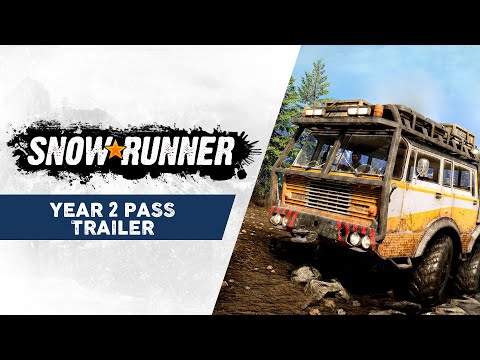