1 Here Are Five Cheap Cars You Could Drift in Minutes

3 Formula Supra Hits the Streets, Could Easily Wake the Dead

5 Insane V10 Formula Supra Goes to the Dyno, Ears May Bleed
Car video reviews:
Up Next

Toyota Research Institute has unveiled its latest accomplishment, a Supra that can drift itself. It is a specially-developed vehicle that is meant to help autonomous driving technology control an automobile in extreme situations. So no, Toyota does not plan to introduce this self-drifting Supra in Formula Drift or a smaller drifting championship for that matter, although it would prove a point.
15 photos

Instead, the goal here is to develop self-driving technology that is capable of preventing a crash in unforeseen circumstances. For example, a vehicle is driving on snow or icy roads, and it encounters a loss of grip and spins.

Instead of just holding on to the brakes while flashing the vehicle's emergency lights, the system that is being developed by the Toyota Research Institute is meant to know how to control the vehicle in that situation.

Toyota is already working with expert drivers to "teach" its autonomous driving systems to improve their car control. In time, these systems will learn to be as good as a professional driver when it comes to obstacle avoidance and car control, even if they will always stick to the speed limit. The idea is that the system will be prepared to control the car in a situation that requires previous training and good reflexes to avoid an accident.

The autonomous driving system implemented in this Mk5 Toyota Supra calculates a new trajectory for the vehicle every 20th of a second so that the vehicle is balanced as it goes around the track. Getting this balance right is one of the challenges faced by drifters as they hone their skills.

It is worth noting that the prototype seen in the photo gallery and the video below has been programmed to drift around obstacles on a track as it identifies them. The tech has been described by the Toyota Research Institute as one that uses a Nonlinear Model Predictive Control. 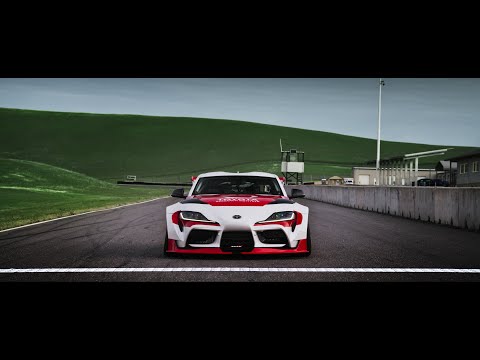 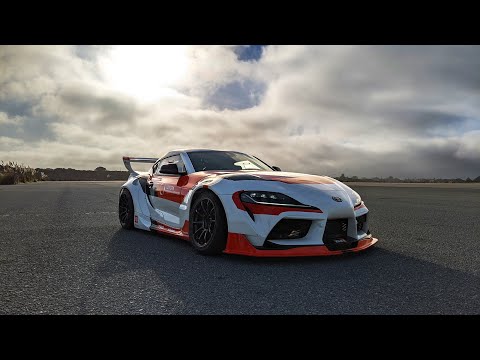