2 Toyota Supra A90 Eurofighter Is A Carbon and Kevlar Bodied, Savage Drift Machine

Formula Supra Hits the Streets, Could Easily Wake the Dead

I remember spending days in a row playing games from the Need for Speed series. Although I stopped playing the game right after finishing "Most Wanted" I still kept an eye out for new releases. Do you remember the trailer for "Hot Pursuit"? Yes, the one with the Zonda and the Lamborghini going at it through the Italian Alps!
7 photos

I instantly thought of that particular video having seen Ryan Tuerck going out in his Formula Supra. The Formula Drift driver has done it again with this new project. The Toyota GT-4586 was a big marketing success for the 36-year old athlete, but he obviously couldn't stop there. It took him almost a year to transform a stock A90 Toyota GR Supra into his dream build. And everyone was waiting to see the car rolling out for the first time.

The Formula Supra is a unique build by far, thanks to the Judd V10 engine that has been mounted into the engine bay. Aiming for 750 horsepower at 11,000 rpm, it was obvious from the beginning that this car was going to sound insane. And we got a taste of that less than two weeks ago when Ryan posted a video of the car on the dyno. There were some minor hiccups, as you would expect with a build of this scale. But the car eventually made it out onto the streets.

On a secured section of the road, Ryan got behind the wheel of the Formula Supra and let her rip. While this was built as more of a Time Attack project, we were certain that he wouldn't just refrain from drifting it at one point. Even though his newest video feels more like a teaser, it's enough to give you an idea of how special this car is. It certainly feels strange hearing an F1 roar coming from a Toyota Supra, but we'll have to get used to it. 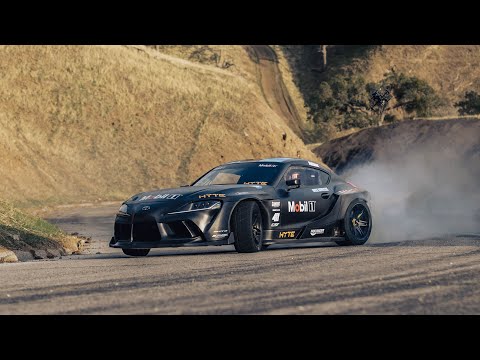