This is How Engineers Made the Toyota RAV4 EV Safe

While in a normal gasoline-powered vehicle you are carrying about 60 liters of flammable fuel which may or may not catch fire and transform the car into a flaming wreck after an impact, in an electrical vehicle you have a high amount of electricity stored in batteries which are usually stored under the passenger compartment.
1 photo
Knowing that you are riding on a huge battery on wheels which can turn you to ashes if something wrong happens and it accidentally discharge, makes you feel a bit insecure. But the video bellow will show you what Toyota engineers did in order to make the new RAV4 EV as safe as possible.

First of all, because there is no more chunky metal bit (engine) in the front to absorb some of the force in a front collision, engineers had to reinforce the engine bay with deforming materials. Also, the electric motor housed in there has a system that pushes it away from the battery pack in case of impact so it won’t damage it.

The list doesn’t stop here and you can see the other safety measures in the video bellow. 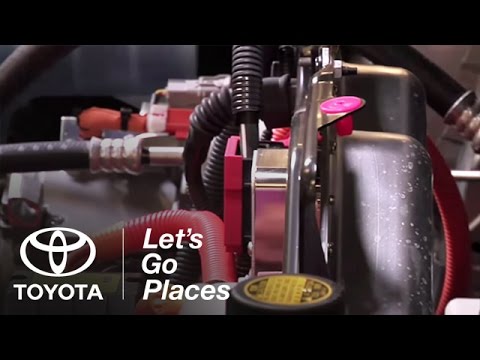