3 Ferrari F40’s Got Plenty of Moxie, Burns Rubber With Ease at Car Meet

4 Ferrari F40 Crashed in Australia Was Uninsured, on “Final Drive” Before Sale

The Walk of Shame: Ferrari F40 Gets Its Face Covered Up After Crashing at Hill Climb Event

A rare and very expensive Ferrari F40 has sustained significant damages to its front end, after its driver lost control of the wheel and plunged head-first into the side barrier.
9 photos

It appears that the accident happened in Switzerland, just a few days ago, during a hill climb race, supposedly part of Ferrari’s 75th anniversary celebrations.

Two videos that we came across show what happened in the seconds before the impact and the aftermath, respectively. Likely shot by a local, the first one reveals a whole bunch of Ferraris taking a rather sharp left turn. Toward the end of it, the said F40 shows up and then disappears after the corner in the sound of screeching tires and carbon fiber being destroyed against the side barrier.

A second video puts the hypothetical spotlight on the damages sustained by the multi-million dollar classic Italian supercar, as it was being lifted up, and placed on a truck bed. The whole face was ruined, yet due to the filming angle, we cannot tell you whether it has sustained any structural damages, too. Nonetheless, this is a model that tends to scratch the $3 million mark, so it is going to put a serious dent in its owner’s bank account, if the insurance won’t cover it.

Produced in a little over 1,300 copies between 1987 and 1992, the F40 succeeded the iconic 288 GTO and was followed by the F50, in turn, replaced by the Enzo, and its spiritual successor, the LaFerrari. It features a twin-turbocharged 2.9-liter V8 engine behind the seats, has rear-wheel drive and a five-speed manual transmission between them, and had 471 hp on tap when it left the factory floor. Back then, it could deal with the 0-60 mph (0-97 kph) in a little over 4 seconds and maxed out at 201 mph (323 kph). 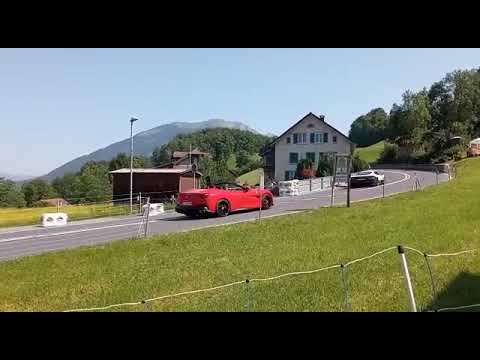 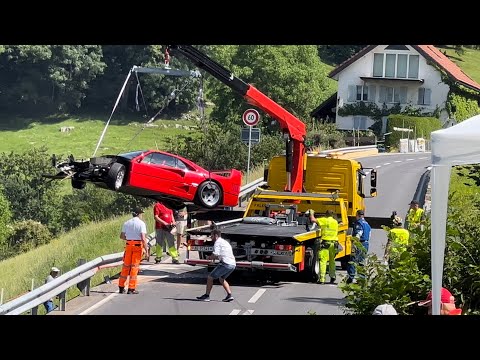