1 2021 Ford Bronco: Here's How You Remove the Hardtop, Front Panels, and Roof Rack

2 TFL Tests the Ram TRX in the Snow, Standard Tires Are Alright for Winter Driving

Aptera, Lightyear, and Sono Motors Main Link Is Not Being Solar, But Rather Being Startups

Mircea Panait
After the Land Rover Defender saga we’ve talked about on a few occasions, The Fast Lane decided to add a new Ford F-150 Raptor to their fleet. Not the all-new model which has yet to be revealed, but one of the final examples of the current generation with zero miles on the clock.
19 photos

TFL chose the off-road truck as a replacement for their F-250 Super Duty, which was sold for $52k. Another reason The Fast Lane is buying a Raptor is that they’re also buying a Ram TRX, and you know what that means!

As we sit here patiently waiting for Raptor vs. TRX comparisons, Roman Mica explains why it was such a “painful and unpleasant” experience to actually buy the off-road truck. Because the Raptor is no longer in production, “all the Raptors in the Denver, Colorado area are now very expensive.”

That isn’t exactly surprising if you remember that dealers were charging over the suggested retail price from day one, but then again, I am surprised that dealers still add markups while the TRX is out and about. Roman fired up Autotrader and eventually found a truck in Texas at $65,175 rather than $100k or more in the Denver area. After talking to a salesman on the phone, another unpleasant surprise came in the form of “$10,000 over sticker.”

Andre Smirnov found another truck closer to home, and this time around, the dealership didn’t mark it up. Immediately after agreeing to buy this truck, the Texas-based dealership texted Roman to ask if he’s willing to purchase their F-150 Raptor without the $10,000 markup. Of course, he denied the offer.

The Raptor that Andre found in Denver had a little over 1,000 miles on it, and neither he nor Roman were informed that they’re paying $77,000 for a fully-loaded pickup with so many miles already on it. But wait, there’s more!

Believe it or not, a side-mirror adjustment switch was broken on delivery. As if that wasn’t frustrating enough, the spare key is at the dealership in Nebraska that drove the off-road truck 500 miles to the Denver-based dealership.

What have we learned here? First of all, don’t pay over MSRP for a final model-year vehicle. Secondly, never spend $77k on a truck you haven’t even seen in person because dealers always find a way to screw things up. 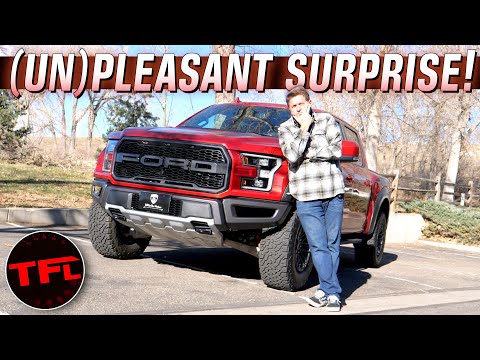