4 Angleton Gets Tesla Megapack Installation, Has 200 MWh of Energy on Tap

5 Tesla Megapack Is the Mother of All Storage Solutions
Car video reviews:
Up Next

When people think of a battery, they often picture an electric battery. However, any energy storage means can act as a battery. Switzerland started operations of its biggest “water battery” at Nant de Drance in the Alps, with a capacity of 20 GWh.
6 photos

Renewable energy is great but often unreliable, as wind and solar energy work intermittently, depending on weather conditions and time of day. To efficiently use this energy, you need to store it when it is abundant and release it when it is lacking. This effectively turns an intermittent energy supply into a continuous one. Li-ion batteries can work for small-to-medium capacities, but they are expensive and cumbersome for large capacities. This is why scientists kept experimenting with different energy storage solutions.

Water batteries can store a vast amount of energy, but they are costly to build. A water battery or pumped storage power plant requires building two large water reservoirs at different heights. When power production exceeds the grid’s needs, excess power is used to pump the water from the lower pool to the higher reservoir. This process is similar to charging an electric battery.

When the demand for electricity increases, the water at the higher level is released through turbines that generate electricity to supply the grid. The water is not wasted but returned to the lower reservoir, ready for a new process. The time needed to switch between the two modes is less than 10 minutes in the case of Nant de Drance. The water battery has enough capacity to stabilize the Swiss grid and the connected grids in Europe.

The water battery that started operations on July 1 in Switzerland has a storage capacity of 20 GWh, equivalent to 400,000 electric cars with a battery capacity of 50 kWh each. The power plant has six turbines that can generate 900 MW of power. The engine room is located nearly 2,000 feet (600 m) underground, between the reservoirs of Emosson and Vieux Emosson in Valais.

To build the plant, 18 kilometers (11 miles) of tunnels had to be dug through the Alps to move the building materials to the site. No wonder the construction took 14 years to complete and more than two billion euros ($2.05 billion). The efficiency of the power plant is around 80%, so this water battery will always use more energy than it generates. Financially, it is still making money because the excess energy is cheaper than the one it pumps into the grid at peak hours. 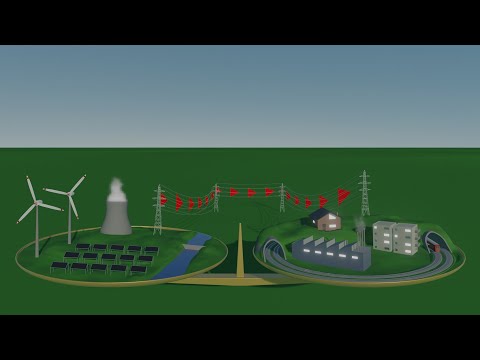