3 YikeBike, World’s Smallest Folding Electric Bike, Is Unlike Any Other

The unicorn of the bicycle world, both electric and non-motorized, has been found. Superstrata has introduced the world’s first 3D-printed, fully-customizable, carbon fiber unibody bike, the Superstrata.

Carbon fiber bicycles are not a novelty. Because of the material used for the frame, they’re incredibly light and fast, and beautiful, but they’re also incredibly fragile. 3D-printed bikes have been done before, as well, but never from continuous carbon fiber.

The Superstrata combines the two to deliver what they describe as the world’s first bike of this kind, a truly revolutionary product: both incredibly lightweight and incredibly strong, the Superstrata is also fully-customizable to the rider’s frame and requirements, because it’s 3D-printed.

This almost sounds too good to be true, but Superstrata promises it’s the real deal – on paper, at least. The company, founded by Silicon Valley company Arevo, which specializes in composites manufacturing and 3D printing, plans to produce two models of the Superstrata bike: the Terra, which will be a traditional bicycle, and the Ion, which will be electric.

In addition to these two models, Superstrata will also sell 3D-printed carbon wheels that go with either bike for a more striking aesthetic. Not that the extra oomph is needed: the Superstrata is a slick, minimalist and extremely beautiful bicycle that uses the striking frame design lacking a downtube, which creates the impression of a floating seat.

While one is a non-motorized version, you can hardly tell the difference between the Terra and the Ion, because the latter is just as sleek, with everything hidden from sight. Superstrata says that the tube will be slightly wider on the Ion than on the Terra, allowing to hide the non-removable battery.

For the time being, Superstrata is only available on IndieGoGo, with early birds able to get either model at half the MRSP. The funding goal was reached within hours of the campaign going live and has exceeded perhaps even the most optimistic expectations. This should give you an indication of how amazing this bike comes across on paper.

While 3D-printed bikes have been done before, where Superstrata stands out is the fact that the frame is made of continuous, industrial-grade carbon fiber composite. What this means is that there are no joints, no bolts and nothing to come apart of break on it, because it’s made of a single continuous piece of material.

Another advantage the Superstrata claims to have over similar products is that, because of the unibody, strength and durability have been improved. The makers boast that the unibody is 61 times stronger than steel and 51 times tougher than titanium. If true, the Superstrata is truly, as advertised, the “last bike” you will ever buy. Or want, for that matter.

Because it’s 3D-printed, everything about the Superstrata is customizable to the rider’s needs. There are over 500,000 possible combinations for both models, but color choices will be just two: black and white.

Light weight is another strong selling point for this newcomer: the frame on the Terra is said to be as light as 1.3 kg (2.9 pounds), with the total bike weighing 7.5 kg (16.5 pounds); meanwhile, the Ion will be heavier, at 11 kg (24.2 pounds). These figures are estimates and are entirely dependent on size, but they’re more than enough to make you conclude that the Superstrata will also be one of the lightest bikes on the market.

Both Terra and Ion will have Shimano components and a choice of smooth, mixed or aggressive treads for the tires. Battery and motor on the Ion have not been specced yet, as Superstrata is still in talks with providers. That said, the Ion is classified as a Class 1 bike, which means it will have a 250W motor able to deliver a top speed of 32 kph (20 mph) in pedal-assist, and no throttle.

Pricing is set at $2,799 for the Terra and $3,999 for the Ion, with earliest birds on IndieGoGo able to secure an Ion for as little as $1,799. Deliveries are scheduled to begin in December 2020, but as with all crowdfunding campaigns, you should probably expect some delays or setbacks, should you decide that this is the bike unicorn you’ve been waiting for all this time. 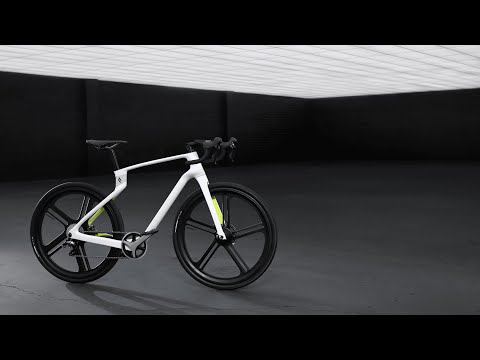