3 Magazine Tests Volkswagen Cars Before And After Dieselgate Fix, Figures May Vary

4 German Regulator KBA Gets Sued By Environmental Lobby Group Over Dieselgate
Car video reviews:
Up Next

The owners of the Pontiac Silverdome in Detroit have leased their parking lot to Volkswagen, which used it to store thousands of vehicles.
6 photos

According to authorities, the owners of the stadium were not allowed to do it without a permit, and this led to a scandal because the vehicles that were bought back from clients have to be placed somewhere.

The German automaker had to rent space wherever it could, and the former stadium, which used to house the Pistons and then the Lions, has got its parking lot rented out to the company.

While it may seem like a sound plan to store cars in a parking lot, it is against the law to store vehicles in a space like this for extended periods. This is illegal even if the owners rent out space to someone, as was the case here.

The problem, authorities in Pontiac have explained, is that the owners of the stadium needed a different business license to be allowed to lease parking space to anyone. There's also an environmental issue here, but the owners already had that problem with the decaying construction.

We think that people would be outraged by any action that happens with Volkswagen’s Dieselgate-affected vehicles until they are repaired.

If they were driven on the road without being fixed, people would be furious, and the same can be said about storing them somewhere, or taking them to the scrap yard for recycling. Each possible action would be considered harmful by someone.

Fortunately, Volkswagen will be allowed to fix and sell these cars, but it must get an approved repair procedure before the repairs are made.

A recent approval from the EPA means that the company has a new course of action in plan with those vehicles, which will comply with emissions regulations once they are recalled.

People have arrived at the Silverdome to make videos of the massive parking lot filled with Volkswagen models, and you can enjoy two of them below. The owners of the stadium have reached a settlement with local authorities, and they will demolish it this year, MLive notes. 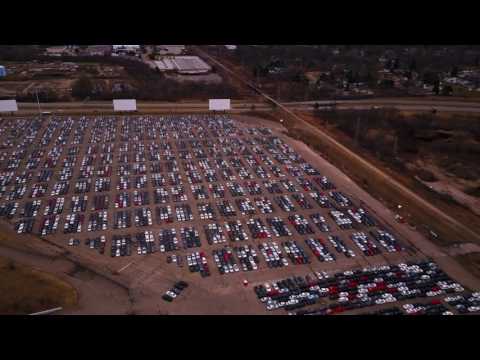 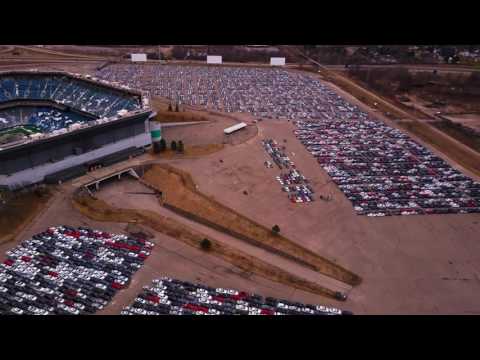