Alex Oagana
The Dubai police is probably the most envied law enforcement department on the planet. Why, because “The City of a Thousand and One Arabian Lights” police has the coolest and most likely most expensive list of patrol cars in the world.
1 photo
Part of that list is the following Mercedes-Benz SLS AMG patrol car, which looks ready to “punish and enslave” instead of “protect and serve”, but maybe that's just us watching too much Transformers.

Supercar spotter Patrick3331 found the car somewhere around the Dubai Mall, the place where some of the other supercar police cars from Dubai were also displayed a few months ago.

The policeman that is lucky enough to drive the attention-grabbing car also turned on the red and blue lights, making the car stand out more than a clown on fire.

We can't wait for the first police arrest or, even better, an American-style highway chase filmed from a helicopter with one of these bad boys driven like its running from something. 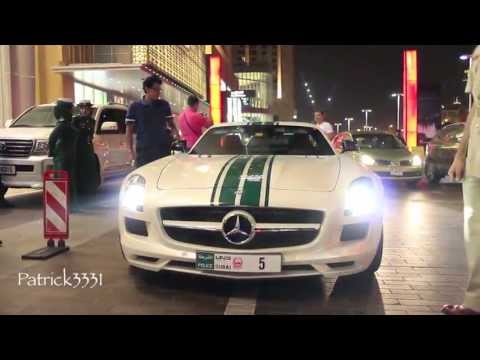