French automaker Citroen has released a video of the C-Elysee WTCC race car ahead of the vehicles public debut at the 2013 Frankfurt Motor Show next month. The footage shows famed driver Sebastian Loeb testing the new track-ready C-Elysee at the Paul Ricard Circuit in France.
1 photo
Along with the video launch, the manufacturer also announced that three-time World Touring Car Champion, Yvan Muller, has joined Citroen Racing and Sebastien Loeb for the 2014 and 2015 WTCC campaigns.

"It will be a real honor to represent Citroen Racing from 2014. As a rally fan, I have always followed Citroen and Seb’s victorious seasons in WRC with interest. It’s fantastic that a brand with such a terrific record is getting involved in a category where it still has everything to learn,” said Muller.

As a reminder, the C-Elysee WTCC was developed for the 2014 World Touring Car Championship season and sports a turbocharged 1.6-liter four-cylinder engine that delivers 380 BHP and 400 Nm of torque. 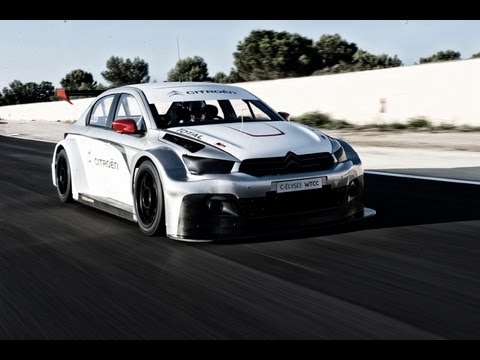