The sub-compact car was very well received by the market and, even in 2019, was still placed on the top 5 selling vehicles in its segment across Europe.

The first two generations were kind of conservative, but the third one has changed its exterior shape and has been improved with a bolder look.

The mid-cycle facelift has kept the model's overall look but its stance has been improved. New LED headlights, new 17” alloy wheels, and bigger airbumps have also improved the vehicle's look. The side airbumps protect the vehicle from small dents in parking lots. As some you know, in Europe, parking lots are small, designed for the cars of yesteryear.

Inside, there are numerous upgrades, all together with 11 active-safety systems and a new infotainment unit that can be connected to the Internet via Apple CarPlay and Android Auto. The revamped C3 also comes with a connected camera that can record and store automatically 90 seconds after an accident, to be used as a witness. It records 30 seconds before an impact and 60 seconds after.

Under the hood, Citroen brought new engines adhering to the strictest Euro 6 norms. It has two variants of the same turbocharged 1.2-liter three cylinder gasoline engine with 83 and 110 hp, respectively, and two 1.5-liter turbodiesels, which are offering 100 hp and 110 hp, respectively. The latter one is offered only with a 6-speed automatic transmission. 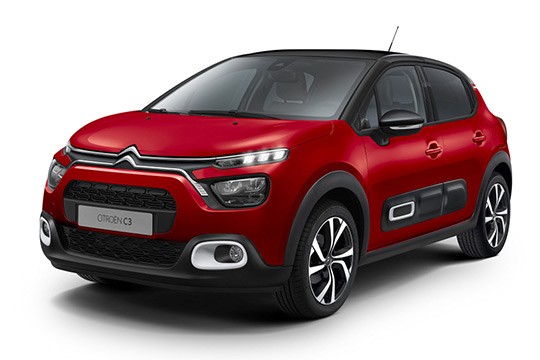