2 The Terminator T-1000 Is Real, and He's Been Spotted in Ukraine

5 Volvo Trucks Offers a Look Inside Terminator's Cab
Car video reviews:
Up Next

Schwarzenegger Is Back in Terminator: Dark Fate First Trailer, Just Opens a Door

It took him several decades and two not-so-successful deviations from the main story arc, but Arnold Schwarzenegger finally made good on his promise and is now back in the original timeline that started back in 1984.
1 photo
On Thursday (May 23), the first trailer of the new installment in the Terminator franchise was published. Ttitled Dark Fate, the movie is supposed to be a direct sequel to Judgement Day, and there are plenty of throwbacks to the original two movies in this 2.35 minutes long clip.

The official plot of the movie is yet unknown, as is Schwarzenegger’s role in it. The single shot of the former California governor in this trailer shows him opening a door at a ranch somewhere, and looking really pi**ed when doing it.

The good news is that we get to see a lot of cars being smashed in a chase scene that looks eerily similar to the iconic one in Judgement Day. The same feeling we get when looking at the bad Terminator, played by Gabriel Luna, who looks like a badass, blacker version of Robert Patrick’s T-1000.

The great news, and one we’ve known for a while, is that Sarah Connor (Linda Hamilton) is back to kick robots in their behind, as she looks just as good at it as ever.

The bad news is that, at least as far as this trailer goes, special effects are a bit sloppy. For instance, you can clearly tell that when Luna jumps from his truck to impale Mackenzie Davis’ character, it’s not really Luna, but a poorly constructed CGI, just like everything around him. You can clearly see that 40 seconds into the clip.

Terminator: Dark Fate is set to be released in American theaters on November 1. James Cameron, the man behind the original two movies, is the one in charge with the script for Dark Fate, and Deadpool’s Tim Miller sits in the director’s chair. 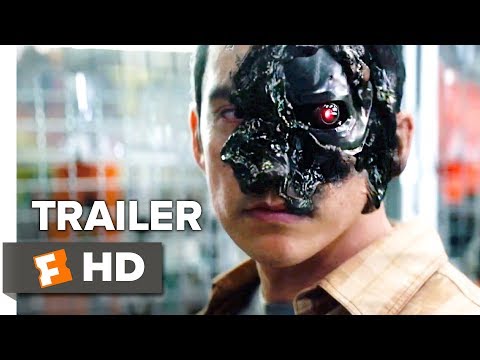