1 Russian Makes G-Class from 6 Tons of Ice, and It Actually Drives

2 Russian Priests Will Learn How to Drive Tanks

If you grew up in the '80s, you probably still have very fond memories of Arnold Schwarzenegger's Terminator movies, and we're talking about the first two original ones in the seemingly never-ending series.
1 photo
The first was great, launching a few catch-phrases that are as recognizable today as they were back then - for instance, you can't say "I'll be back" anymore without doing it in Arnold's voice and accent. Like in most cases, it is largely considered to be the better film out of the two, and yet this is one of those cases where it's really hard to decide.

Looking at the clip below, however, we're willing to bet this Russian police officer from Ishim has watched the sequel at least twice as many times as the original, with the clear intention of one day replicating T1000's ability to grab onto a moving vehicle and make its way in.

This arrest of a drunken driver didn't initially seem like it would pose such an opportunity, but as the man in the Renault Logan sped away, his instincts honed by hours and hours of watching James Cameron's masterpiece kicked in, and for the following 30 seconds or so, he was basically on autopilot.

The man jumped on the narrow trunk of the affordable sedan, holding on with his left hand while the right one kept pummeling the rear window. Short, precise movements hitting the glass in the exact same spot eventually led to its demise, allowing the officer to climb in and convince the driver to stop (probably using the same pummeling technique).

There is a scaringly big number of ways this could have gone wrong, particularly since if the man had fallen off the vehicle, he couldn't turn into a pool of mercury-like molten metal only to regain his shape moments later. All the driver needed to do was catch a bit of speed and then start swerving from side to side. Then again, the charges against him would have turned from DUI and resisting arrest to attempted murder at best.

As for our hero, well, now that he's had this checked on his bucket list, he's probably looking for a new challenge. He may be watching Game of Thrones, waiting for the chance to get stabbed to death repeatedly, only to be brought back to life by a red-haired woman, who knows? 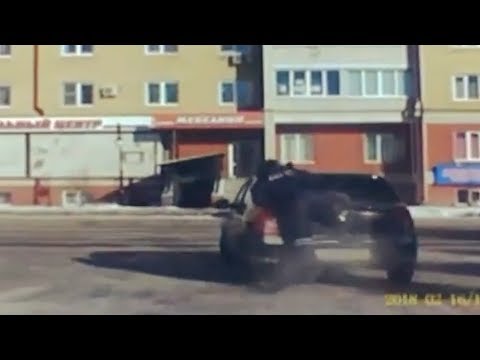 Editor's note: Special thanks should go to the Logan's weak rear window, though