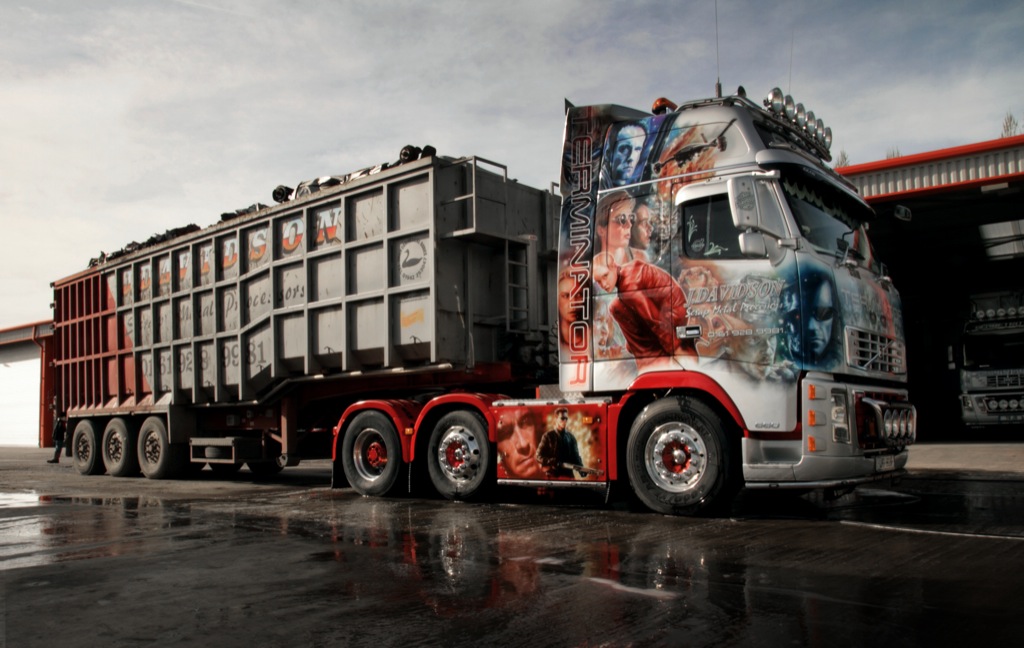 The second clip from the ‘Welcome to my cab’ online video series has just been launched by Swedish manufacturer Volvo Trucks, presenting another truck driver telling his story about the truck they are driving and what makes it so special. Following Dutch driver Dagmar Klink and her distinctive Volvo FH, known as the "Pink Lady", it is now Wayne Connelly and his Terminator to tell their story.

The Terminator (the name suits it perfectly as you can see in the adjacent images), transport scrap metal all over England, five days a week. This Volvo FH truck, decorated with images from the full trilogy of Terminator films, is always the centre of attention.

"I can't go anywhere without someone wanting to take a photo," stated Wayne. "It's nice that the truck is appreciated and I'm quite happy for it to get all of the attention."

Wayne Connelly has been a truck driver for eleven years and works for a scrap metal processor in northwest England. "My father was a truck driver and I always wanted to do it as a boy. Mainly because I wanted to have my own wagon," he said. "The best part of the job is still the wagon, and The Terminator looks absolutely stunning out on the road."

The films will be available on YouTube, via Volvo Trucks' online magazine, and on the company's iPad Magazine.

"The driver plays a central role in our customers' drive to generate profitability. Creating an environment that the driver appreciates is thus one of our main tasks when we develop new trucks. This series of films is a simple and enjoyable way of putting the driver in focus," said Tommy Kohle, Senior Vice President Corporate Communications.

We'll let Wayne tell his story in the video below: