1 New Drone Technology Is a Real Mind Bender, Uses the Power of Your Thought as a Controller

5 Powered by a Jet Engine, the Chrysler Turbine Car Could Run on Perfume or Tequila
Car video reviews:
Up Next

Dallas-based aerospace startup FusionFlight is into the drone technology business and boasts of being the first company in the world to build a jet-powered, diesel-fueled, VTOL (vertical take-off and landing) drone. And it has footage to prove it.
8 photos

FusionFlight announced its first such flying device back in 2019 when it introduced the AB5 JetQuad. The company described it as the world’s smallest and most powerful jet-powered VTOL drone. It packed four diesel-powered microturbine jet engines, producing 200 HP (combined) at full throttle.

Now FusionFlight is back with an upgraded version of the AB5, called the AB6 JetQuad. This one is touted as the unmanned, scaled-down version of the Harrier Jump Jet, a jet-powered attack aircraft developed in the 60s, and the first V/STOL (vertical and/or short take-off and landing) of that era.

The AB6 JetQuad is as big as a suitcase, measuring approximately 47 x 35 in (120 x 90 cm), and has a combined output of 700N (newtons) from its four microturbine jet engines. It weighs 53 lb (24 kg) without the fuel and comes with a five-gallon fuel tank. FusionFlight says the microturbines run on a variety of heavy fuels such as diesel, kerosene, and Jet-A.

With no rotating parts or external airfoils, the AB6 JetQuad can fly even in dense locations and can cope with rough weather. It can take off and land from/on nearly any type of terrain.

FusionFlight says that its AB6 JetQuad combines the vertical lift of a helicopter with the high speed of a jet fighter. And speaking of speed, the aircraft can reach up to 250 mph (400 kph).

Control-wise, the JetQuad comes with a hand-held ground station with a 30-mile (48 km) range.

Alexander Taits, the founder of FusionFlight started the whole business because he is aware of the limitations that come with most VTOL drones. They all rely on propellers, which makes them take up a lot of space, unable to operate at high altitudes and in bad weather.

The AB6 JetQuad can fly at altitudes of up to 6.8 miles (11 km) and can stay in the air for up to 25 minutes on one fill and for 15 minutes when flying at top speed, as reported by New Atlas. These figures apply when the JetQuad carries its maximum payload of 40 lb (18 kg). If the aircraft has a lighter load, the flight time increases.

As for the uses of the AB6 JetQuad, the aircraft has a wide range of unmanned applications such as fast deliveries, delivering logistical support in areas that trucks and helicopters can’t reach, it can be used for surveillance purposes, and more. The VTOL can even have manned applications and transport people, but that would require larger versions of the aircraft, powered by at least double the number of microturbine engines.

FusionFlight says the price for the base version of the AB6 JetQuad is a whopping $100,000. Those who are interested are encouraged to contact the company for more details. 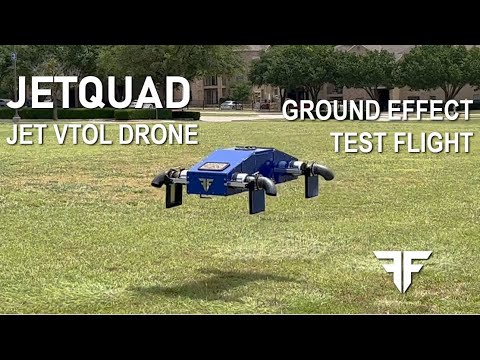 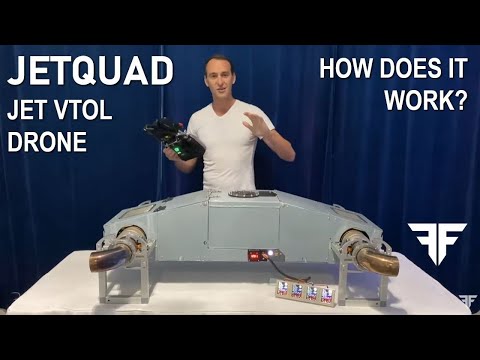