3 Volocopter Adds Another Country to Its List of Customers, Will Bring Its eVTOLs to Japan

5 Air One eVTOL Wants to Be Your Future Sportscar That Can Fly
Car video reviews:
Up Next

Another eVTOL (electric vertical take-off and landing) aircraft is ready to spread its wings and take the industry by storm. This one is coming all the way from Switzerland. The Aero2 was recently launched, promising versatility, a low operating cost, and energy efficiency is a small package.
6 photos

Swiss eVTOL manufacturer Dufour Aerospace is the developer of the Aero2 aircraft, dubbed the Swiss Army Knife of small unmanned aircraft by the company, for its impressive versatility.

Designed as a multi-purpose small, unmanned aircraft, the Aero2 is Dufour Aerospace’s first commercially available product in its tilt-wing line. It has a cruise speed of 105 mph (170 kph) and a flight time of three hours when used in its standard configuration. It is equipped with four motors that power the four propellers.

The aircraft comes with a payload capacity of 88 lb (40 kg) and a maximum take-off weight of 330 lb (150 kg). It is designed to offer the best features of both helicopters and airplanes, being capable of taking off and landing from/on the smallest spots, taking up very little space. At the same time though, it is reliable for long-range flights at high speeds.

Another notable feature of the Aero2 is its easily changeable nose cone, which allows for a quick and hassle-free reconfiguration that doesn’t take more than 10 minutes. It is what makes this a flexible flying machine, with a wide variety of applications. The aircraft can be used for carrying cargo both in urban areas or remote ones, for search and rescue operations, or mapping, to offer just a few examples.

Dufour Aerospace first presented its technology last year with a test flight of a demonstrator, designed as a research platform (you can see it in the video at the end of the article.) The encouraging results led to the development of Aero2.

The Swiss manufacturer plans to start the production of its Aero2 VTOL in 2023. 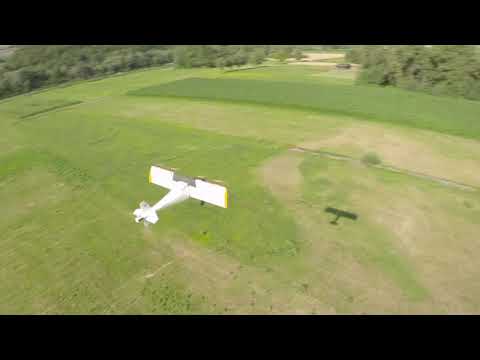