4 Pit Stops to Take Under 3 Seconds in 2010
Coverstory

Red Bull Pit Stops to Happen in Less than 2 Seconds 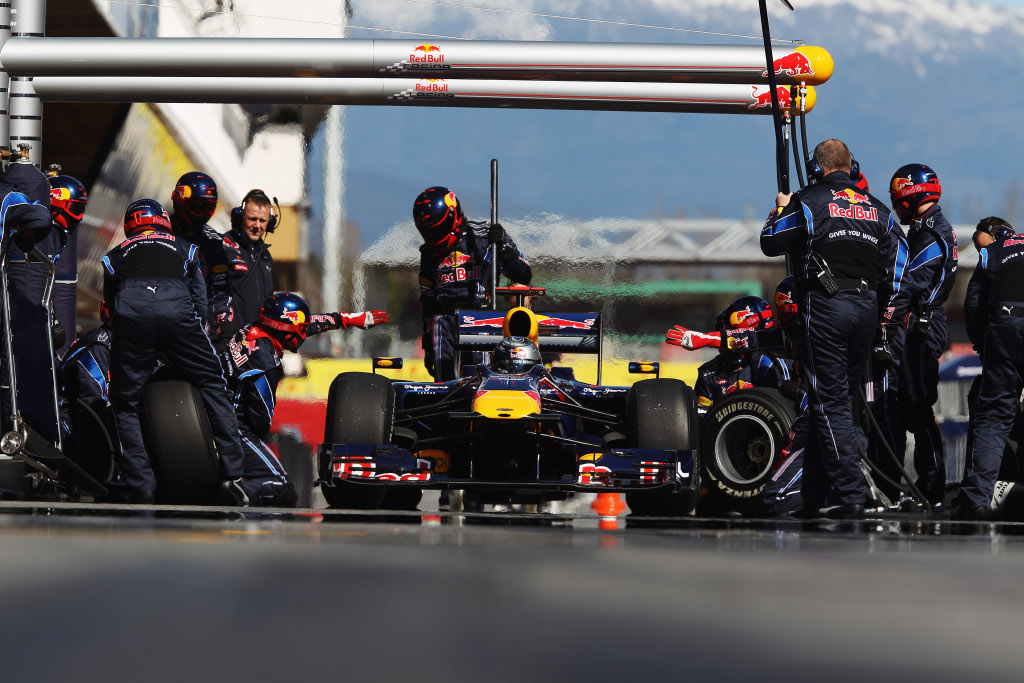 Some time ago, we were reporting that pit stops will probably take under 3 seconds in 2010, given the refueling ban introduced by the International Automobile Federation (FIA) for the upcoming campaign. However, with the majority of the teams testing the new pit stops during recent test meetings, it seems some stops will take even less than 2 seconds.

According to Red Bull Racing's boss Christian Horner, the mechanics of the Milton Keynes based team have managed a record 1.8 pit stop after some intense hours of practice. Although unofficial, this result means that ultra-speedy pit stops will likely become a regular thing in the series through 2010, given the new devices the teams have debuted this winter.

“We have done sub-two second stops. They are absolutely lightning,” said Horner. “The guys have trained like hell over the winter. They have all lost weight and got fitter in the process. The guys have been training in the gym at 12 and 4pm every day since November.”

“We've always been fast but now there's been a lot more of a scientific approach to the whole issue,” added the youngest team manager in the F1 paddock.

While we're still waiting for the first race of 2010 to see what the teams have prepared for us in terms of pit stops, we do know that some have focused on several innovations in order to master the new element of F1 racing. While Mercedes GP have intensively tested a new traffic light system – previously used by Ferrari back in 2008 – the Scuderia seems to have designed a special wheel nut featuring an “automatic triggering of its fastener.”

Earlier in the winter, spokeswoman Claire Williams (for Williams F1 Cosworth) revealed the mechanics back at Grove managed the pit stop in under 3 seconds, but it's likely that they have already improved on that until now.