1 How Pit Crews Work in Motorsport

2 Kimi Raikkonen Escapes Brazil Fire with Sore Eyes
Up Next 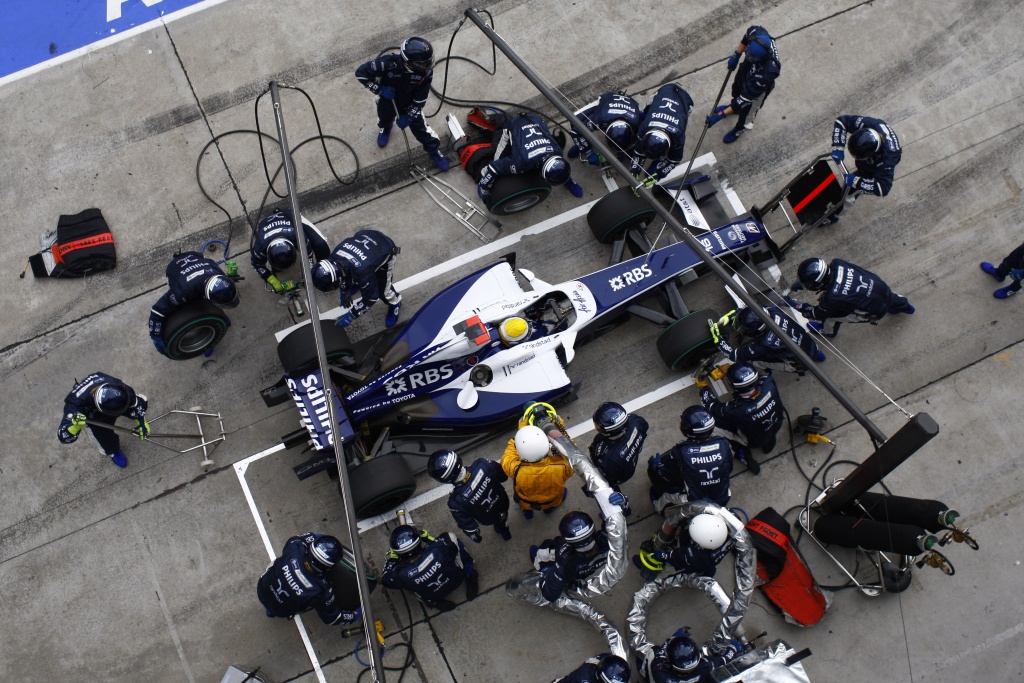 With the refueling ban introduced by the International Automobile Federation (FIA) for the 2010 season of Formula One, it's quite logical that we're going to see much quicker pit stops during the race. The only thing the pit crew will be asked to do will be the tire change, which will reportedly take up to three seconds.

Yes, you've heard it right! According to Williams F1 spokeswoman Claire Williams, the pit stop crew at Grove managed to score some impressive times during their Thursday practice.

“The guys have made it into the sub-three second range to change a set of tires!” said Williams.

While the pit stops next year will likely become lightening fast, it is expected that the cars will travel to the pits more often than in recent years. And that's because the fuel tanks will be full when the cars will start the race, therefore leading to an increasingly amount of pressure on the tires.

Consequently, the front tires will wear faster because of the braking when entering a low-speed corner, while the rear ones will be applied heavier loads when accelerating out of a corner.

Until now, this is the first clue anyone has given us as to how long a pit stop will take next year. And that's because the technical regulations for the 2010 season affected the pit crew primarily, ousting at least 3 mechanics from the pit crew. So, while the pit stop time will be cut dramatically, so will the team members helping to the tire change.

We'll know more about pit stops once the testing season will kick off in Valencia, on February 1st. This year's off-season testing has been set for a maximum of 15 days, which will give the teams plenty of time to master this strategic component of the race, prior to the season opening Bahrain Grand Prix.