3 Pit Stops to Take Under 3 Seconds in 2010
Coverstory 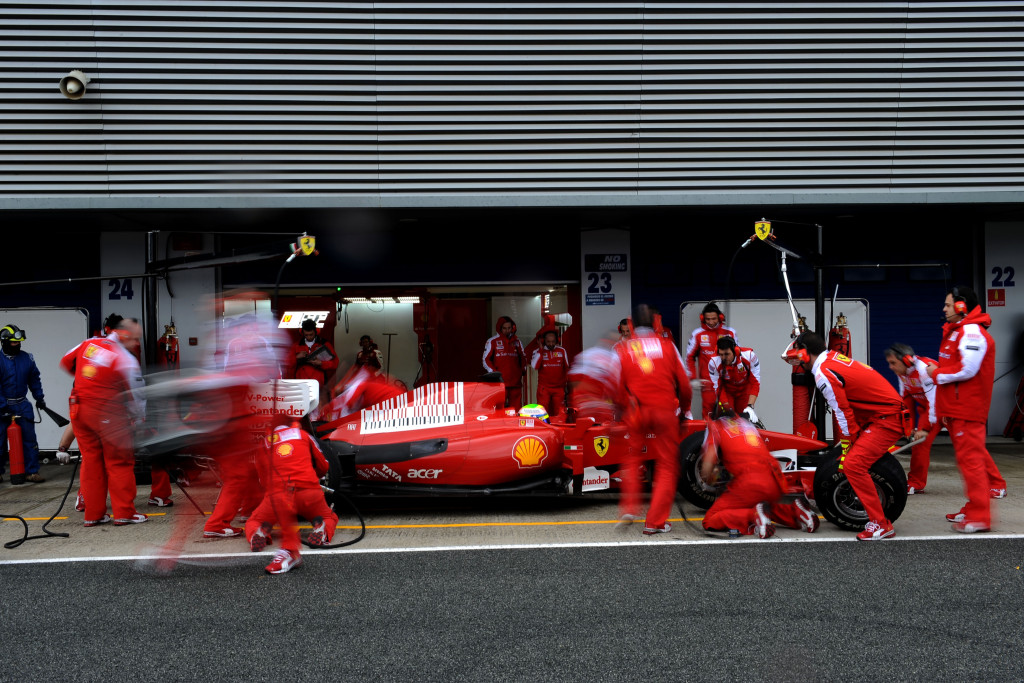 With refueling being banned for the 2010 season of Formula One, most teams have already started the race for quicker pit stops during the races. With the actual stop including only tire changes (and some minor adjustments to the car or driver, if that will be the case), some teams projected that pit stops will take under 3 seconds this season.

It was actually Williams F1 who did that experiment for the first time, trying to figure out how the race strategies will work this year. Ferrari, however, seem to have moved much quicker in improving the time their driver will spend in the box for tire change, as they allegedly designed a special wheel nut.

According to Spanish newspaper El Pais, cited by the GMM news agency, the Ferrari engineers have designed a “cone-shaped nut that integrates better with the wheel gun.”

“The nut also features the automatic triggering of its fastener, where previously it needed to be pulled manually by a mechanic,” added the report from the Spanish source.

Obviously, Ferrari will not unveil their device to the competition during the winter testing in Spain, but they are expected to perform experimental pit stops back in Italy, away from the public eye. While most people at the Scuderia have kept quiet about it, designer Nikolas Tombazis was the only one hinting that some interesting solutions have been found to improve pit stop timings.

“We have worked over the winter to speed up the process of changing tires,” said Tombazis.