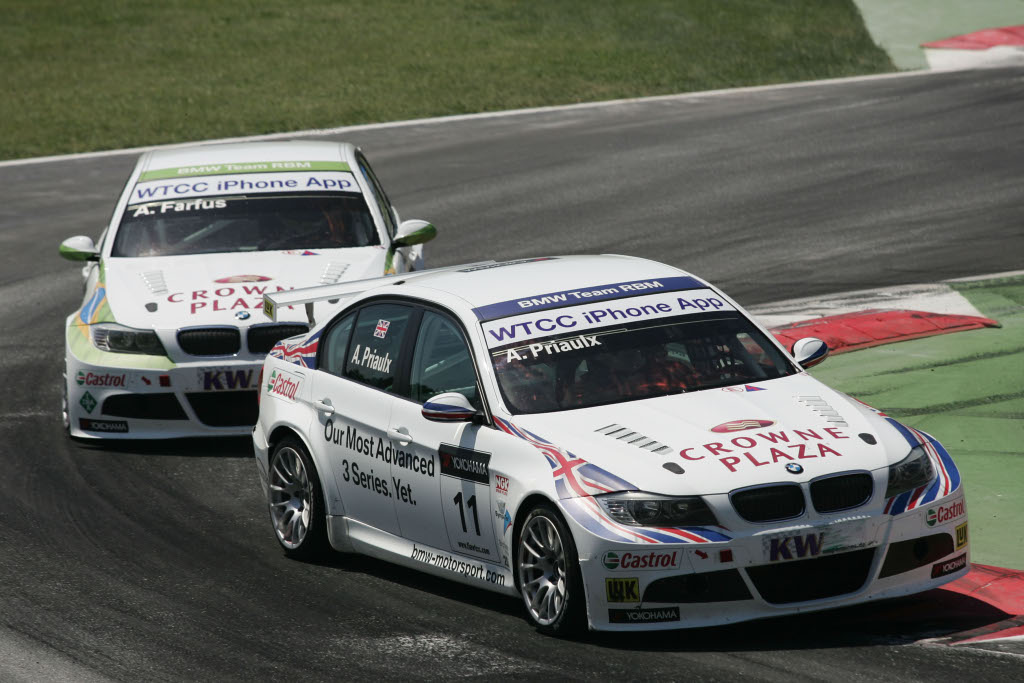 The racing weekend at Monza had everything a fan could ask for: incredible starts, thrilling battles for 1st place and some intense drama in the final laps. The shocker of the day was obviously the first race, when the goddess of fortune favored BMW for an incredible, least-expected 1-2 finish.

Triple FIA WTCC champion Andy Priaulx won his second race this season, ahead of teammate Augusto Farfus, but the British racer did little to actually deserve it. Meaning that the entire race was controlled by SEAT's Gabriele Tarquini and Chevrolet's Robert Huff in commanding manner, only for both drivers to suffer tire punctures a couple of corners to the chequered flag.

Huff started off great and passed pole sitter Augusto Farfus for the leading spot, while Tarquini made a huge leap from 7th to 2nd place by the first corner. The Italian eventually managed to pass Huff for 1st place, after which the two drivers drove bumper-to-bumper until the final lap. Bad luck struck only a couple of corners to the finish line, when Tarquini's left-front tire blew up and Huff, while trying to pass the SEAT racer for 1st place, suffered a puncture of his own.

That paved the way for BMW's 1-2 finish, while Huff and Tarquini eventually finished the race in 3rd and 7th respectively.

The second race once again witnessed a leading SEAT driver having to pull out of the race due to a tire puncture. Michel Nykjaer started from pole position in Race 2 and, once Italian racer Gabriele Tarquini was handed a drive-through penalty for jumping the start, had no problem retaining his 1st place until the last lap.

However, with plenty of seconds of lead ahead of Chevrolet's Yvan Muller, Nykjaer pulled out with a deflated tire with only half of race to go, giving the Frenchman his second win of the season. The podium was completed by SEAT's Tom Coronel and Chevrolet's Robert Huff.