4 Grumman F-11 Tiger: Never Shot Down Anything But Itself, Still Looks Great in Blue

Ospreys and Super Stallions Descend in Hawaii, Exercise Should Have China Think Twice

On June 29, the U.S. Navy and its allies kicked off this year’s edition of the Rim of the Pacific exercise. Known to sailors as RIMPAC 2022, the maneuvers lasted until August 4, but we’re only now getting official images and details of what went on in the Hawaii region and over in California.
16 photos

A series of impressive show-of-force videos were published this week by the Navy, showing just how massive the exercise was. The first in the series, almost four minutes long, is available at the bottom of the page, and shows something the military branch calls an amphibious raid over an undisclosed area.

The video published by the Navy shows the helicopters at lift off, during their journey from the sea over to the undisclosed land mass they were targeting, and simply invading the place. For what it’s worth, the part where the helicopters reach their destination and start unloading troops is the most impressive of the entire clip.

RIMPAC 2022 saw soldiers from 26 countries take part. In all, the military deployed 38 ships, three submarines, 170 aircraft, and 25,000 soldiers. It is, by all accounts, the world's largest international maritime exercise, and it’s supposed to provide “a unique training opportunity while fostering and sustaining cooperative relationships among participants critical to ensuring the safety of sea lanes and security on the world's oceans.”

And, given China’s recent actions around Taiwan, it was the perfect opportunity for America and its allies to flex some muscle in what is turning into a blinking game with global implications. 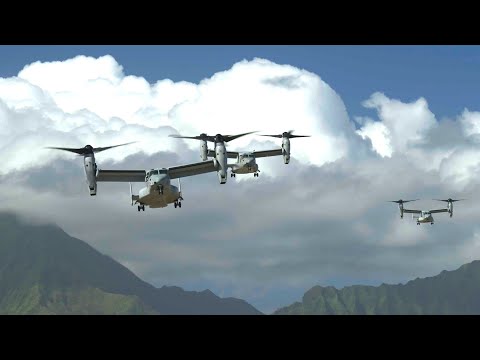