3 Opel to Launch City Car Based on Trixx Concept 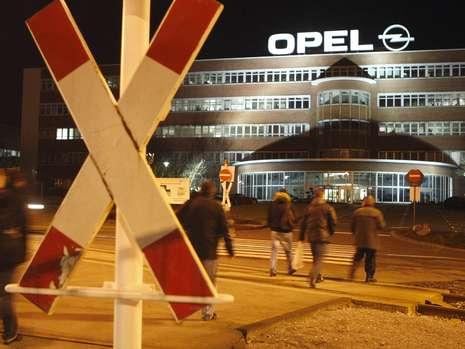 Opel/Vauxhall CEO Nick Reilly will hold a press conference today at 11 o'clock CET to announce his new plans for the German brand and its British sister Vauxhall. Entitled "Plan for the Future", the announcement is expected to reveal the way the new board of the company plans to act to bring both Opel and Vauxhall among the top players of the industry and thus survive without having to sell them to an outside investor.

Reilly will be joined by Reinald Hoben, Vice President, Manufacturing and member of Management Board of Adam Opel GmbH and Frank Weber, Vice President Business and Product Planning.

Back in January, Opel announced its new management board that will be led by Nick Reilly as chief executive officer. Immediately below Reilly, Mark James, until now CFO for GM Daewoo, has become Opel's CFO. In additon Rita Forst, former Executive Director, Vehicle Systems & Integration in Rüsselsheim is the new responsible for Engineering while Hans Demant has been appointed GM Vice President, Global Intellectual Property Rights.

"Today’s appointments represent another important building block for Opel’s successful future”, Opel Supervisory Board Chairman Walter Borst said. “The new leadership team has the full support of the Supervisory Board. We are looking forward to a good and constructive cooperation with Nick Reilly and his team as our common objective is to move forward the Opel brand.”