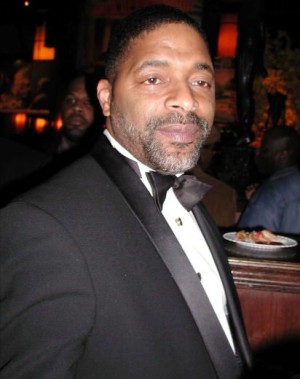 There is something we don't understand about some celebs: if they get drunk, then get behind the wheel in this condition and hope not to get busted and thus, attract some negative media attention, why on Earth don't they at least make sure they have license plates on their cars/motorbikes or whatever they may be driving?

According to TMZ, former NBA player Norm Nixon was arrested on Monday night on the suspicion of driving under influence. So far, nothing out of the ordinary. The surprising part is that Nixon was not pulled over by California Highway Patrol because of erratic driver as you might have imagined given his condition rather because he had no front license plate on his black Ferrari.

But since cops smelled alcohol in his breath, he was asked to to take a series of field sobriety tests. Quite obviously, he performed "poorly" at the tests. Consequently, he was arrested and posted a $5,000 bail.

Certainly what happened to Nixon is stupid but the alarming fact is that his case is, unfortunately not unique. At the beginning of March this year, another retired sportsman, Brian Bosworth, got boozed up and then jumped on his Harley Davidson which lacked a license plate and went for a ride along Hollywood Boulevard.

Needless to say, cops pulled him over for the missing license plate but they had the surprise to discover that Bosworth was driving under the influence. Where is this world heading to, anyway?

Besides, is it a coincidence that exactly the same thing happened to two former sportsmen? We don't want to rush to conclusions but this facts might tell a lot about this category of celebs... as we've said before, if that's all they can to do to attract media attention...