The burial of Formula 1 Legend Niki Lauda in Vienna on Wednesday drew thousands to the St Stephen's Cathedral, as all those who knew or admired him wanted to pay their respects.
1 photo
The ceremony began in the Austrian capital early in the morning on Wednesday, with fans being invited to pass in a single file in front of the coffin, on top of which sat Lauda’s racing helmet and pay their respects. After that, the private ceremony began.

Crowds of celebrities attended the funeral as well, from racing drivers to movie stars, starting with Lewis Hamilton and ending with Arnold Schwarzenegger. Hollywood actor Daniel Bruhl, who played Lauda in the 2013 Rush movie, was also there.

Niki Lauda passed away on May 20, aged 70, "peacefully and with his family," as the official announcement read.

The Austrian Formula 1 driven is one the legendary drivers of the sport. He started his career in minor European competitions, but quickly climbed the ranks until in 1974 he became a Ferrari driver. He earned his first Formula 1 title one year later, in 1975, and went on to win another two, in 1977 and in 1984.

The most shocking moment of his career was the 1976 German Grand Prix crash at the Nürburgring, an incident that left him severely burned. Somehow, the Austrian managed to get back on his feet and was on the track once more six weeks after the crash.

His rivalry with British driver James Hunt became legendary. Spanning for over six years, from 1973 to 1979, the fierce competition between the two was the talk of the world at the time and led to a long-lasting friendship that ended with Hunt’s death in 1993.

At the time of his passing, Lauda was non-executive chairman of Mercedes-AMG Petronas Motorsport and has been described by the team as "a no-nonsense chairman and a racing legend." 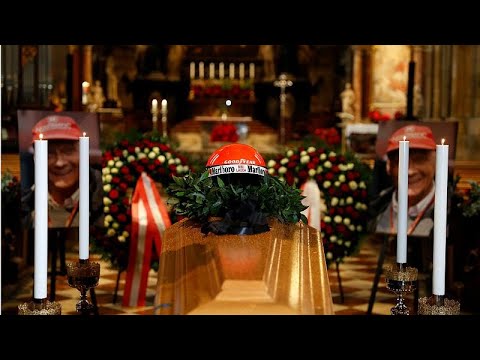