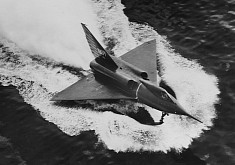 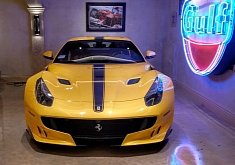 Toddler Run Over and Killed in Parking Lot, Mom Is Charged but Driver Walks

20 Aug 2019, 11:08 UTC / Teenage Houston mother is charged with felony child endangerment after her 18-month son was run over while walking unsupervised in a parking lot

19 Aug 2019, 12:03 UTC / The two were washing their Jeep Commander when the man realized he’d left it in reverse. He stepped inside and accidentally hit gas, running over the wife

Dad Lets 12-Year-Old Drive, She Kills a Pedestrian and His Dog

19 Aug 2019, 11:04 UTC / The girl told police she was practicing her driving in her dad’s Ford Explorer, the dad initially claimed he was at the wheel at the moment of impact

7 Aug 2019, 12:51 UTC / South Carolina teenager was inside the vehicle for more than 2 hours, police believe. They have arrested 2 people in connection to the death

2 Aug 2019, 13:50 UTC / The attorney for Juan Rodriguez is pleading with prosecutors to drop manslaughter and negligent homicide charges, since the kids’ death was an “accident”

29 Jul 2019, 14:03 UTC / Juan Rodriguez pleads not guilty to charges of manslaughter and negligent homicide, says he thought he’d dropped the twins off at daycare before work

29 Jul 2019, 12:24 UTC / Veranika Nikanava, 24, of Belarus, was hiking with her husband in Alaska and was swept away while trying to cross the Teklanika River near Healy

Mother Charged With Murder for Bringing Dead Daughter to ER, Lying About Crash

25 Jul 2019, 16:58 UTC / Jasmine Anderson told hospital staff that she and her 5-year-old daughter had been in a car crash and the girl had injured her neck. She was already dead

19 Jul 2019, 16:53 UTC / Weather experiment sees a tray of biscuits bake until they’re edible in about 8 hours on the dash of a black vehicle parked in the sun

Dog Has Been Living at Car Accident Site for 18 Months, Waiting for His Human

15 Jul 2019, 13:11 UTC / Hartridge was riding an e-scooter at a roundabout in London when she was hit by a truck, becoming the first victim of a fatal accident with such a vehicle

Car Thief Beaten to Death by Angry Mob in Philadelphia

12 Jul 2019, 11:27 UTC / Man took Hyundai with kids inside, father of the kids gave chase. The thief stopped in traffic and was dragged out of the car and beaten to death

8 Jul 2019, 11:04 UTC / The man hid inside the landing gear of a Kenya Airways plane leaving Nairobi, was hoping to make it to London. He was dead before he fell from the plane

21 Jun 2019, 11:29 UTC / Cloud Younger was driving her kids to school when a spider landed on her hand, scaring her daughter. The mother lost control of the car and crashed

19 Jun 2019, 13:16 UTC / Police say the man was inside a gas station when the thief got inside the car, and he tried to prevent him from taking off. He was dragged and killed

18 Jun 2019, 11:46 UTC / A wave of brutal crimes has prompted this response from the church, which the media dubs a “mass exorcism.” It will take place during the annual patron saints f

13 Jun 2019, 16:28 UTC / A Kansas mother returned home with her 6 children and rushed to take a nap, forgetting the youngest inside the car in the driveway

Biker Is Struck by Lightning, Thrown Off Motorcycle, Killed