4 Roborace Has a Working Prototype Car, and It Looks like This

5 The Roborace Car Gets Near-Final Version, Looks Even Better
Coverstory

Vlad Mitrache
The RoboRace championship has been in planning for quite a while but it finally looks like it's set to debut in 2018 with a one-year delay. However, this isn't just some new propulsion system or anything like that: it's a racing championship with no drivers.
10 photos

If you feel like things are moving too fast, you might be right. Four years ago, motorsport competitions looked more or less the same as they had fifty years ago. Now, there are electric single-seaters racing in the FIA Formula E and the Electric GT championship is getting ready to debut featuring modified Tesla Model S cars.

Plus, there's the Jaguar I-PACE eTROPHY open exclusively to the British company's first battery-powered model, and this thing: RoboRace. Not only does it use electric race cars as well, but it also does away with the driver altogether, looking to be the place where companies can showcase the superiority of their self-driving systems.

Back on the road, Elon Musk recently said that autonomous cars still need two years to make it onto the road, and one more year until they become better than human drivers. He didn't have any comment on what it would be like on a racing circuit. but the RoboRace organizers thought about answering the question anyway.

They asked Nicki Shields, the British television presenter best known as the Formula E pit lane reporter, to jump into the DevBot prototype - the testbed race car they use right now that can still be driven by a human - and do a hot lap on the Honk Kong circuit ahead of the Formula E event.

She had five laps in total, but the first few were only meant as warm up. In the end, her best time was 1:26.6. Then she stepped out of the car and the AI took over. Since the tires and brakes were already warm, the DevBot only had three laps at its disposal.

You can see both laps below, and just by watching the AI's steering inputs, you can tell there's still a lot to work on before it can compare to a human racing driver. Right now, its time is even considerably worse than Nicki's at 1:34.0.

Sadly, we don't know how her lap compares to that of a professional driver since the Formula E cars are different from the DevBot, but we're pretty sure we can shave off at least 10 seconds, if not more. That would put the AI-controlled car at a serious disadvantage. Well, look at things this way: no matter how boring RoboRace turns out to be, it can't be worse than Formula One. 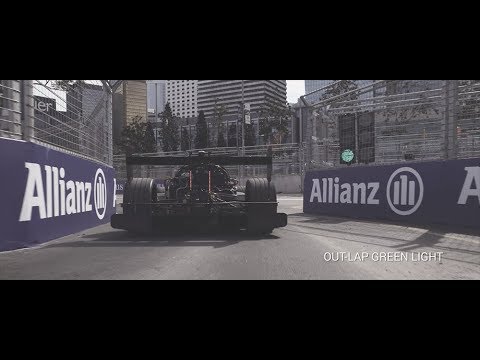 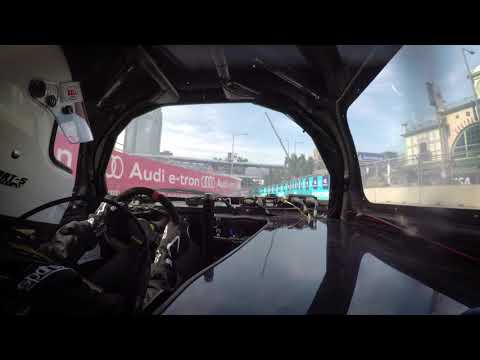 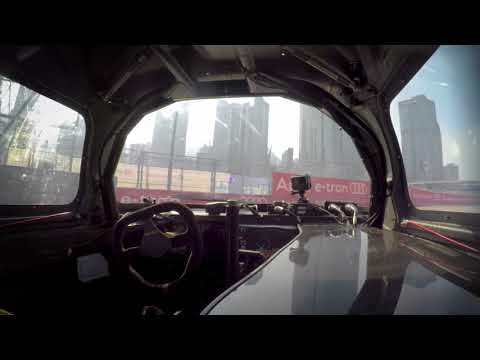