1 This Counter-Drone Solution Monitors 500 Targets at Once, Is a Lean, Mean, Mobile Machine

It began the year in force by receiving certification for its Hermes 900 StarLiner UAS to fly in civilian airspace, thus becoming the first drone to be allowed to do so in Israel. Soon after, it introduced its Skylark 3 Hybrid aircraft to the world, a small tactical unmanned aerial system with a wingspan of 15.4 ft (4.7 m), a maximum take-off weight of 110 lb (50 kg), and an operation time of 18 hours.

Now Elbit Systems is back with another winner, its new DAiR radar, capable of “simultaneous detection and tracking of thousands of objects of various sizes and velocities, with no need for target prioritization”.

The new radar system is described as X-band software-defined and consists of hundreds of digital receivers, complex algorithms, and computing cores that have AI capabilities. Designed for protection against unmanned aerial systems and for border security, the new DAiR can detect anything from vessels and artillery to humans, drones, helicopters, and other aircraft. It can identify humans from a distance of up to 15 km (9.3 miles) and small drones from up to 12 km (7.4 miles).

What the new DAiR brings to the table is the fact that it does not rely on target prioritization, so users don’t have to apply multiple radars to keep up with the evolving threat, as explained by Oren Sabag, General Manager of Elbit Systems.

Elbit Systems is now showcasing its radar system in Paris, at the Eurosatory weaponry industry trade fair that began yesterday and will end on June 17. The DAiR is on display at Hall 6, D567. 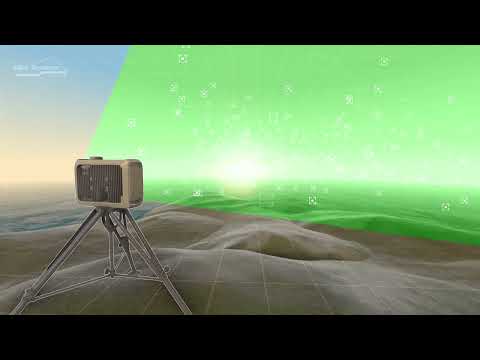