2 Upcoming Game Lets You Become a Bicycle Mechanic, Manage Your Own Workshop

Home > News > Videogames
23 May 2022, 14:15 UTC ·
by Cosmin Vasile
Released back in 2019, Lonely Mountains: Downhill won multiple awards, such as the Best Indie Game and Best International Indie Game at various competitions. With more than 3 million players as of December 2021, the game is a hit and clearly one of the best titles, that focuses on a mountain biking.
9 photos

After two DLCs released in the last three years, developer Megagon Industries announced that a third content DLC is now available for Lonely Mountains: Downhill owners. The new DLC is called Misty Peak and, just like the previous Riley’s Return DLC, is available for free.

The new Misty Peak DLC offers players the opportunity to visit a new side of the Graterhorn Mountain, one that will confront them with a treacherous new trail to overcome. Two new rest stops on Misty Peak’s new trail will be added to the game.

Additionally, players will be able to unlock the new air elemental customization set by taking on the new challenges included in the Misty Peak DLC, while also battling their way to the top of the leaderboards.

“Misty Peak is maybe our best trail yet and we’re already looking to seeing how our speedrunning community will surprise us and do everything they can to break it. Following on from Riley’s Return – our last free update – Lonely Mountain: Downhill continues to get bigger and better,” said Daniel Helbig, co-founder of Megagon.

Those who don’t own the game’s previous DLC will be pleased to know that in order to celebrate the release of the Misty Peak DLC, players can now get 40% off the Eldfjall Island DLC. The latter adds a completely new volcanic mountain to Lonely Mountains: Downhill, which includes four new trails to explore and lots of new challenges and rewards.

Players who are on the fence can now download a free demo for Lonely Mountains: Downhill on PC (via Steam) or Nintendo Switch. 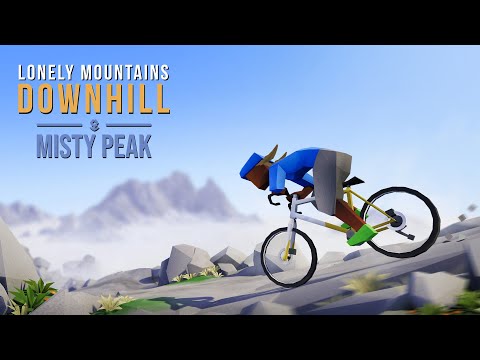