There are some things in the automotive landscape that simply can't be stressed enough. Some of these may not be all that obvious at first sight and we've got the perfect example: Lexus' F Sport treatment, which has to be one of the most understated sporty packages in the business.

The last few years have seen the demand for dynamic equipment packs explode. More and more customers are lusting for the go-fast aura, but without the burden of having 500 hp under the hood. Since Lexus is younger than most of its competitors, the company didn't have an established performance division that could borrow its name to dynamic equipment packages, like the German carmakers did, for example. 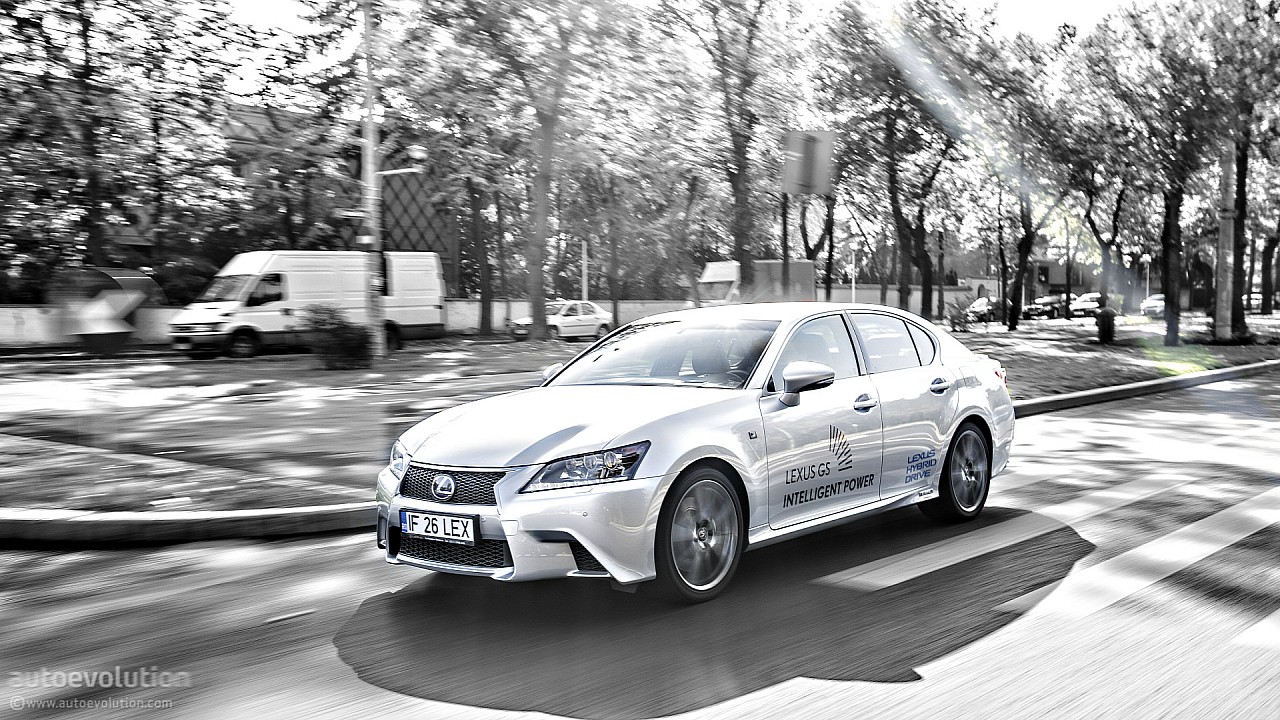 Nevertheless, the Japanese got it right and their F Sport package is an extremely well-balanced icing that you really want on your cake. We'll use the Lexus GS as an example, because this shows the most complex F Sport implementation.

When we drove the Lexus GS 450h F Sport, we enjoyed the various features brought by the package, but we have to admit that we didn't fully get the picture. It was only after the drive that we started feeling the importance of certain goodies offered by the car. 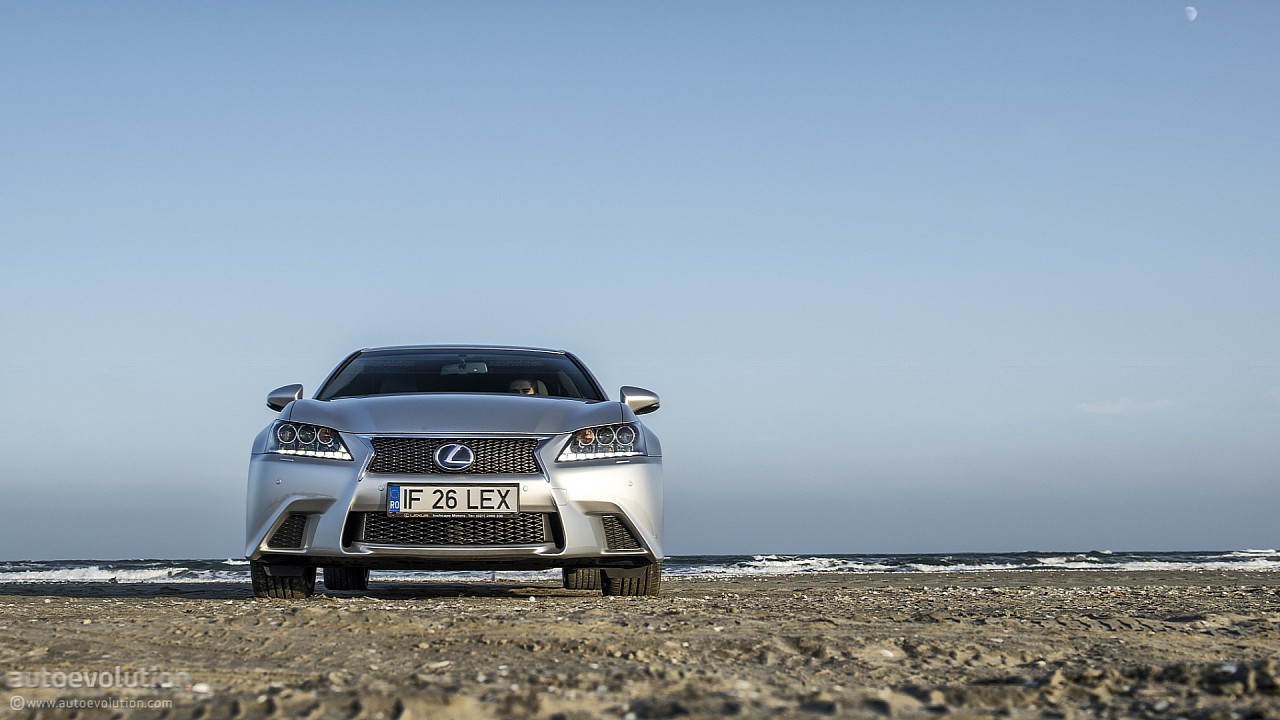 We'll start with the bits are are easier to spot and we shall ask you to name the most aggressive front fascia belonging to a mainstream (read: non-supercar) vehicle on sale today. It's a little surprising how this belongs not to a BMW M or an Audi RS, but to Lexus' F Sport pack, applied on the GS or on the newer IS. Take a good look at that angry spindle grille and 3D-effect apron, which is more pronounced on the F Sport, and you'll understand.

Even though the aforementioned F Sport face is meaner than an angry bird, together with the rest of the F Sport visual elements, such as the wheels or the GS' bootlid spoiler, it all seems perfectly there, nothing says "look at me, I'm so cool!". 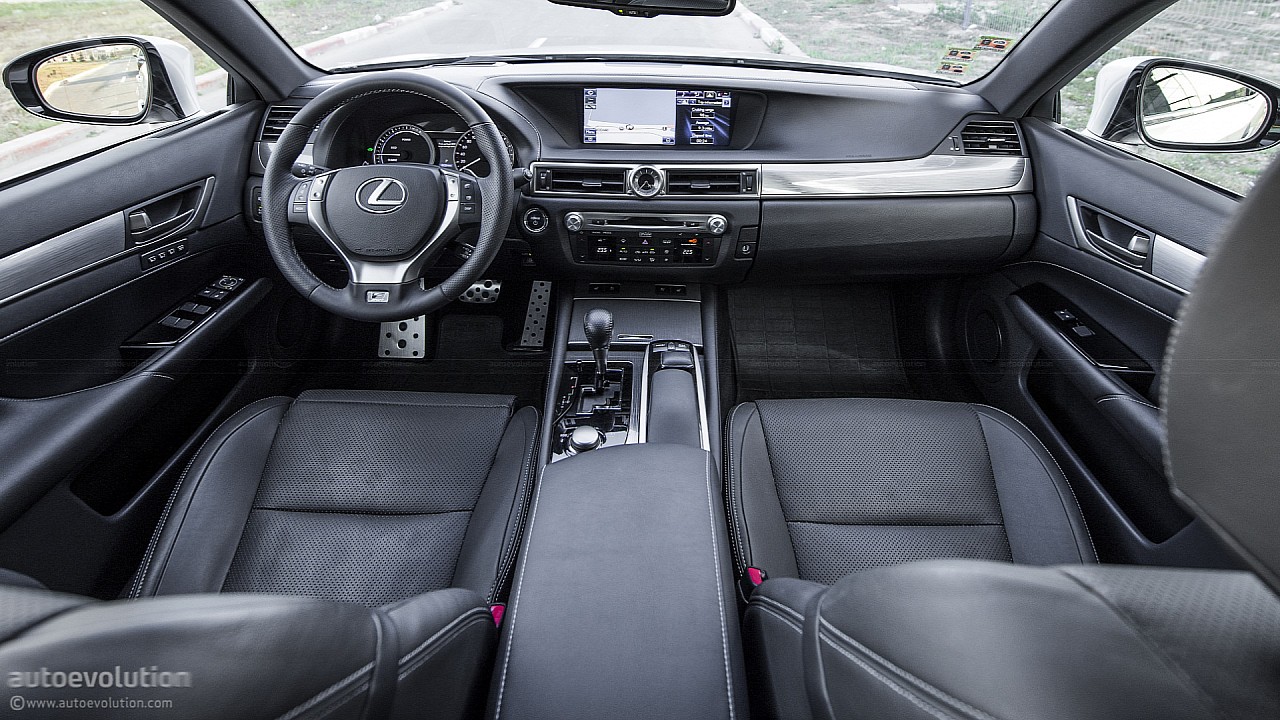 And it's the same story once you open the door. All the bits that the driver comes in contact with, such as the wheel, pedals and gear shifter, have been touched by the F Sport wand, but they feel perfectly suitable for a morning when you're taking your your newborn baby to a routine check. Oh and the aluminum trim on the dash is easy to wash if you ever spill the milk.

As for the seats, this is where it all starts to become hilarious. That's because they may wear the "F" badge on the headrest and come with beefier bolsters, but they're so comfortable that you'll never want to use the "F" word when talking about the decision to order the package.

Make no mistake though, you'll feel the full benefits of Lexus' F Sport package once you're on the move. On the GS, the F Sport pack means that the rear wheels know how to steer too. These only rotate up to 2 degrees, but they make a big difference. 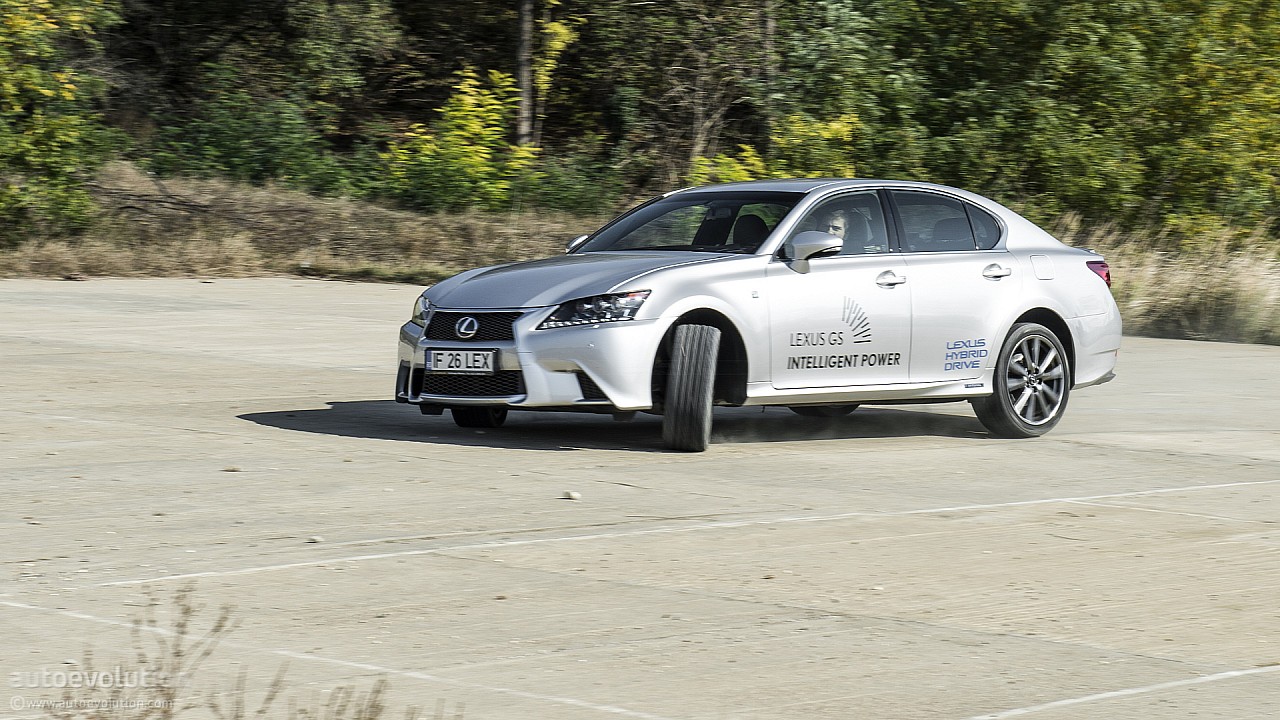 Inside the city, you'll have no problem turning 190.94 in (4,850 mm) sedan. It's not just about the inch (10.2 meters) turning circle, but you also enjoy the agility - at moderate speeds, such as those used on urban roads, the rear wheels turn in the opposite direction of the front ones.

Since the rear wheels learned how to dance, those us front didn't want to be left behind, so they pulled a special F Sport stunt of their own. Thus, the Variable Gear Ratio Steering replaces the standard Electric Power Steering. The system manages to find the right consistency at any speed. Out on the open road, you'll be pleased by the weight of the steering. 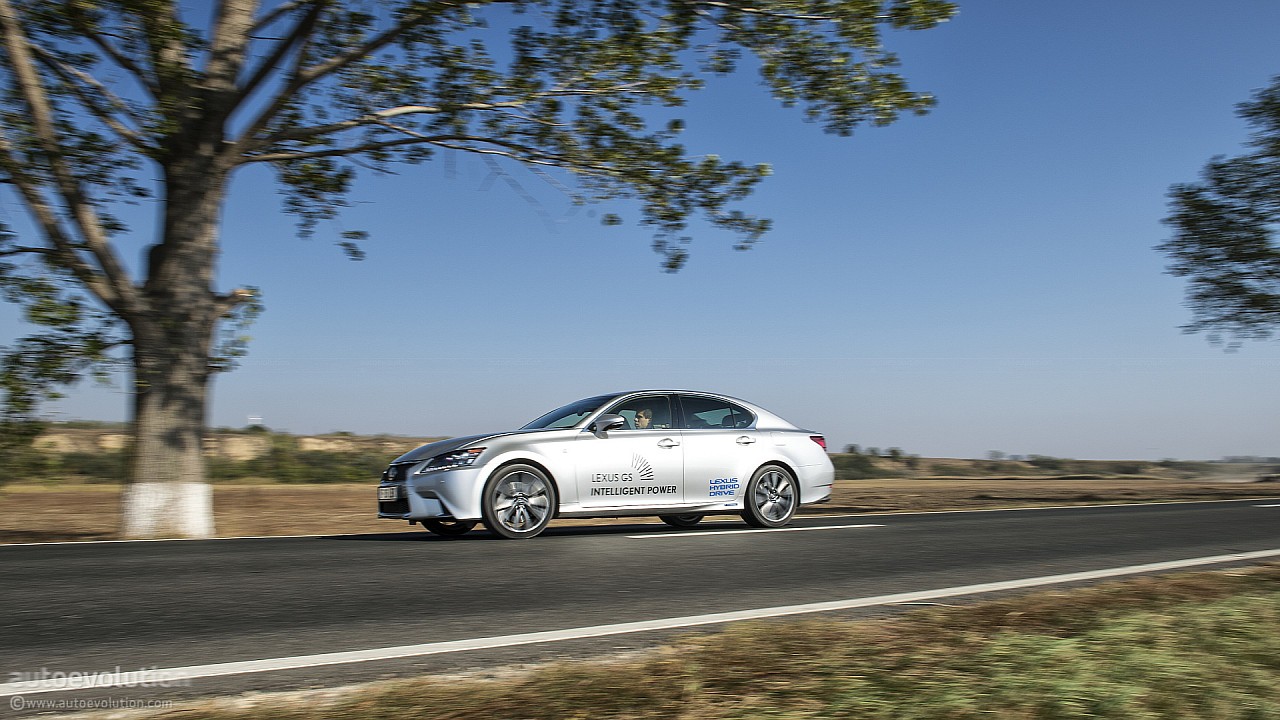 If you ask your back for a report, this will also be positive. The automaker's adaptive suspension is retuned for the sporty proposal, but the ride makes you say "cozy" even in the sharper "Sport" setting. Here is where we had our only complain about the implementation - since the adaptive suspension offers multiple modes, it would've been nice to also have one where the handling receives full priority, but this is not the case.

Hybrid vehicles never managed to offer a braking confidence one can remember after a drive, at least not in a good way. Nevertheless, the F Sport badges on the GS not only brings larger front rotors, but these make extensive use of aluminum to keep unsprung weight down.

As you drive along, both the stopping power and the modulation match the overall performance of the car, which, at 5.9s for the 0 to 62 sprint, is respectable.

Even on models that show a lesser implementation of the F Sport package, such as the CT 200h or the RX 450h, you still get elements that make a handling difference. We'll use the Lateral Damping System as an example. To put it shortly, the bracing for the front suspension towers is replaced with a damper, while a second damper links the two sides of the car's lower rear panel. Especially in the CT, where the aforementioned dampers are part of a web of reinforcement elements, you can really feel how nice the handling is sorted out when you're on a twisty road. 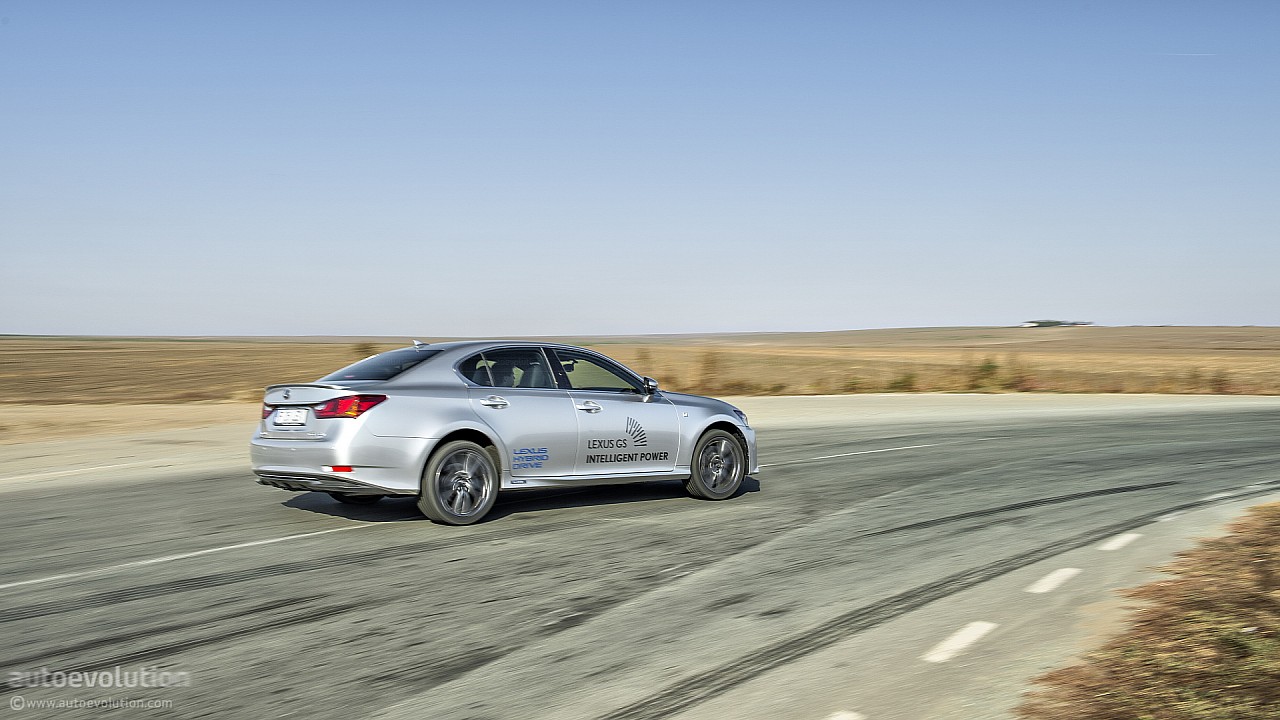 And while the new Lexus IS may not receive integral steering via the F Sport package, it does bring a new element for this equipment level, in the form of an intake sound generator, which brings the engine's vibe closer to the driver.

The F Sport-ization gives you plenty of reasons to smile on the road, but you don't have to pay for this in comfort currency, which is excellent. Box ticked.