5 Paul Wolfe on Probation for NASCAR Rules Violation
Car video reviews:
Up Next 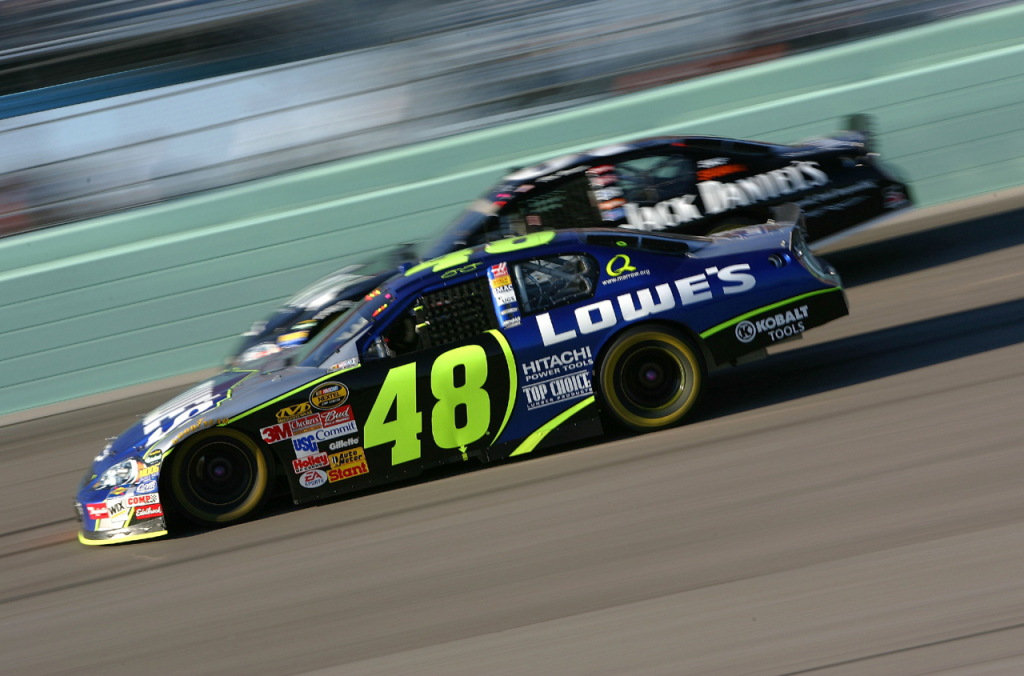 Jimmie Johnson is one step closer to clinching his 3rd consecutive Cup title after a dominating performance at Martinsville Speedway. This season's sixth win put him in a great position to winning the 2008 title, as he is now resting on a 149-point lead to second placed Greg Biffle.

It was basically an all-Johnson weekend in Martinsville, with the reigning champion dominating the qualifying session on Saturday and leading 339-out-of-504 laps in the race. His closest rival for winning the race was teammate Jeff Gordon, who only challenged Johnson for the top spot in race's first half.

“We were one of two or three cars that were really strong. Great pitstall, great pitstops, kept track position on our side and I was really able to race for the lead and with the leaders. There were times when we overworked the brakes, overworked the tyres, so we weren't as strong as we wanted to be on the long haul but the car was really good on the short haul and thankfully it ended up that way in the end and I could get away from those guys,” said Johnson after the race.

The win was Johnson's 5th overall at Martinsville and 6th of the season. Second placed in Virginia was none other than fans' favorite Dale Earnhardt Jr. who managed a career-high performance in Martinsville. Gordon could have made it a 1-2-3 for Hendrick Motorsports hadn't it been for Carl Edwards.

The Californian is still looking for the first win this season, having to settle with fourth place overall and setting a new career milestone, over 20,000 laps led in the Cup Series. Except for the first half of the race when he really looked capable of upsetting an in-form Johnson, Gordon didn't really stand a chance at Martinsville.

With 4 races to go in the season (and most of the tracks on Johnson's side), the Hendrick Motorsports driver is leading the overall classification before Greg Biffle and 3rd place Jeff Burton. Gordon's win-less season has led to a disappointing 7th place overall, while Dale Jr. strengthened his 9th place in the Chase.