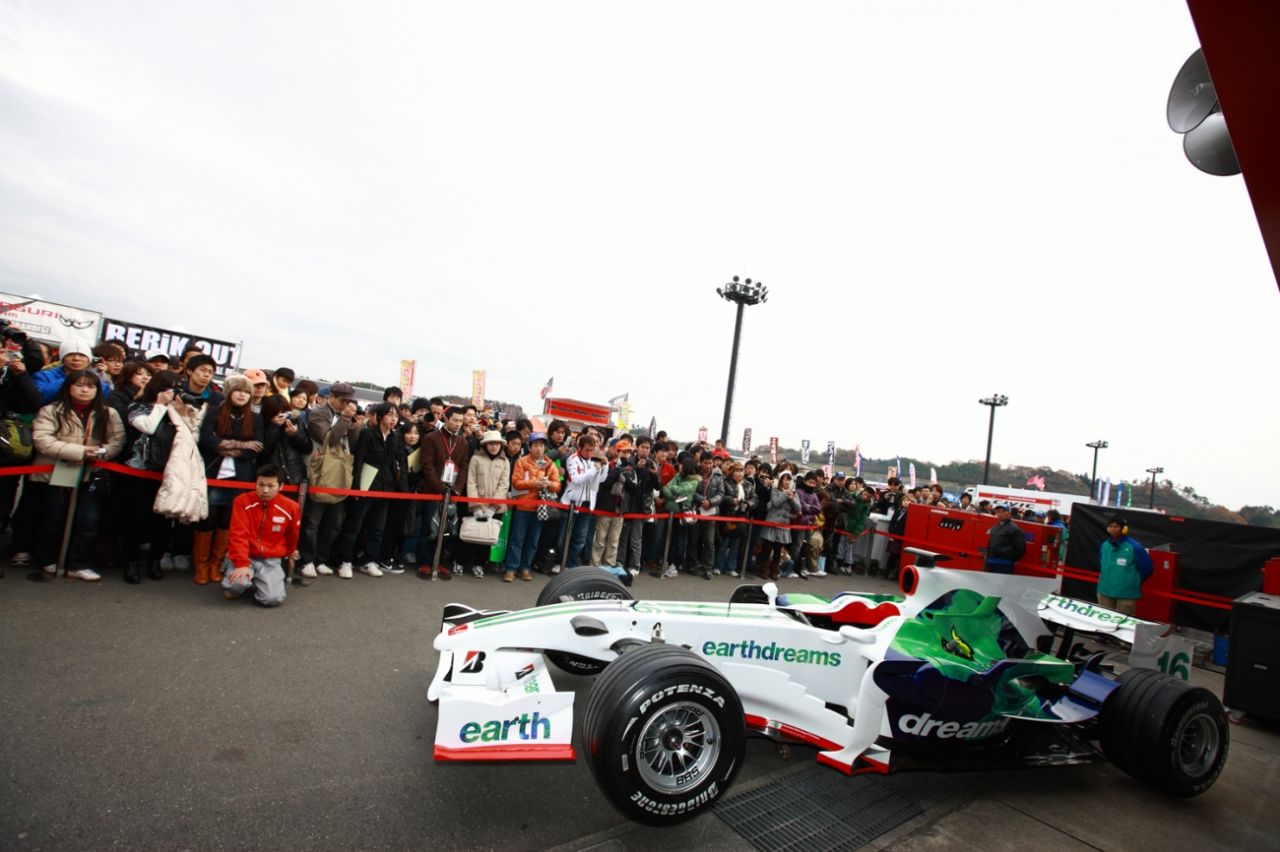 Economic regression has made its first victim inside Formula 1. Honda' president and CEO Takeo Fukui has confirmed that the Japanese manufacturer will immediately withdraw from the competition due to financial reasons, during a press conference this morning. Honda will cease funding of their F1 team until March next year, giving Ross Brown enough time to find a potential buyer in the following 3 months.

“Honda must protect its core business activities and secure the long term as widespread uncertainties in the economies around the globe continue to mount. Under these circumstances, Honda has taken swift and flexible measures to counter this sudden and expansive weakening of the marketplace in all business areas.”

“However, in recognition of the need to optimize the allocation of management resources, including investment regarding the future, we have decided to withdraw from Formula One participation. We will enter into consultation with the associates of Honda Racing F1 Team and its engine supplier Honda Racing Development regarding the future of the two companies. This will include offering the team for sale,” said Fukui on Friday morning.

Fukui official admitted this was not an easy shot to call by the Honda chiefs, especially since the company had a successful year in 2006 and has already invested plenty of funds in the new programme.

“Surmounting many challenges, the Honda Team achieved a grand prix victory in 2006, enabling Honda to receive overwhelming support from Honda fans around the world that were looking forward to greater success. It, therefore, has been an extremely difficult decision for us to come to this conclusion without having been able to fully meet the expectations of our fans.”

“By making the best of what we have learned during these times of economic turmoil, coupled with the spirit of challenge gained through active participation in racing, we intend to continue with our commitment in meeting new challenges. Finally, we would like to take this opportunity to sincerely thank our fans and all those who have supported Honda's Formula One efforts, including everyone in the world of Formula One,” added the Honda CEO.

As for the Formula 1 team, we can only assume what Ross Brown is waiting from Santa. A brand new investor, new sponsors and a new powertrain. Considering his past with Ferrari, most F1 fans expect the team to purchase a new engine, gearbox and KERS unit from the Scuderia. An official statement from both Brown and Nick Fry is yet to come.