1 The Daymak Spiritus Three-Wheeler Will Mine Crypto When Parked

3 Polestar CEO Calls Out Posers on the EV Market, Asks for Focus on Climate Change

Put your money where your mouth is. Daymak, the Canadian maker of LEVs (light electric vehicles), which announced that the three-wheeler Spiritus would mine crypto when parked or charging, offers a first look at a prototype doing just that.
10 photos

At the beginning of last month, Daymak said that Spiritus, the three-wheeler aiming to become the world’s fastest when it starts deliveries in 2023, would also mine cryptocurrency when stationary. To that end, it would feature the proprietary Nebula technology, allowing it to mine crypto, make transactions, and use a built-in wallet. Cryptocurrency is the future, and Spiritus is all about embracing the future, the company said. Plus, who doesn’t want a car that makes money when it’s not used for moving around?

Probably because the initial announcement was met with a certain degree of mockery and disbelief, Daymak now educates the public about the benefits of using an electric vehicle for crypto mining. Between June 29 and July 29, it’s offering a live feed of the Spiritus prototype doing just that. As of the time of press, the prototype has made a little over $23, which, granted, it’s not a lot, but it’s free money.

“Daymak Spiritus will be the first car in history to continuously make money for its owner,” Daymak boldly states. The prototype is mining for popular crypto like Bitcoin, Ethereum, and Doge.

Cryptocurrency mined when parked or charging will then be used for small stuff like parking tolls or buying coffee on the way to work. More importantly, though, it will be crypto mined with zero impact on the environment because Spiritus is emissions-free, whereas today’s mines are energy-intensive. The month-long livestream will serve to educate the public on cryptocurrency and the need to take mining in a more sustainable direction. It is the future, after all.

The Spiritus three-wheeler is just one of the many LEVs Daymak aims to bring to market, part of the Avvenire lineup. It also includes an e-bike, a motorcycle, and a flying car. 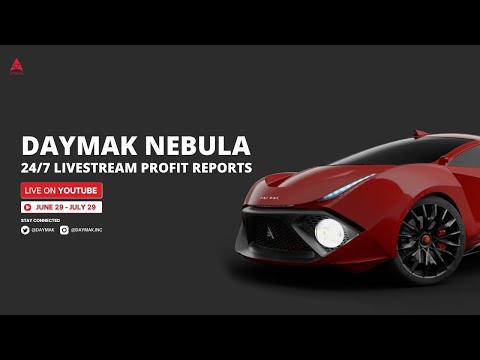