2 Rivian R1T Owner Gets to Drive the Ford F-150 Lightning, Has a Lot to Say

3 Watch How the Rivian R1T Handles Off-Road Drifting, Puts On a Show

4 Rivian's R1T AWD System Gets Praised by a Well-Known Engineer, He Calls It the Holy Grail

5 Famous YouTuber Shares the Weak Spot of the Rivian R1T After Driving It for 1,500 Miles
Car video reviews:
Up Next

Guy Honestly Describes His Experience With the Rivian R1T After 1,500 Miles

Everyone who got to drive the Rivian R1T praised the qualities of the electric pickup truck. But the R1T is by no means perfect, and honest reviews have revealed several issues, although many could be fixed with a software update.
6 photos

The Rivian R1T was the first electric pickup to hit the market. It did so with some very clever features that should also be coming to other pickups. But being the first vehicle from a new automotive startup means that things are not always up to snuff, and some rough edges are to be expected. An honest review from an R1T owner explains what’s great and what could be improved with the pickup.

In a video posted on his Youtube channel, Haul shares his impressions as a new owner of an R1T. He very much likes the way it drives, not only because it accelerates like a dragster but also for the composed handling. Comfort is top-notch, and the build quality, especially in the cabin, is overwhelming. And, of course, there is plenty of storage space, cleverly used for different features that make owning a Rivian really special.

But for all these qualities, Haul is less impressed with some quirks and issues. Nothing big, but sometimes annoying, like the button to change the fan speed on the infotainment screen. Haul complains that it is tiny, which makes it difficult to adjust the fan speed while driving. To complicate things further, the air vents can only be adjusted via the touchscreen because they don’t have physical controls. Luckily, you can use Alexa to alter these settings via voice commands, so Haul should be fine once he sets that up.

Another soft side of the Rivian R1T is that the truck unlocks when the owner approaches with the key. It’s a convenient feature, but the distance is set too far, so the pickup unlocks even when you’re inside a restaurant or gas station. While this can be changed in a future update, there’s one complaint that Rivian can’t do much about for now. The Rivian Adventure Network, which was supposed to rival Tesla Supercharger Network, is missing in action. Luckily, the R1T can be charged at any public charging station. This will soon include Tesla Superchargers once they open up to other EVs. 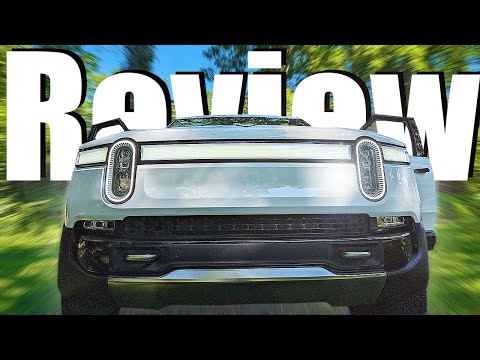