While it wasn't the first electric SUV on the market, the R1S featured innovative solutions that made it an excellent off-road vehicle and a family car as well. It shared most of its components with its pickup brother, but some differences made it stand apart from the rest of the 4x4 vehicles.

The R1S featured a two-box bodywork like most of the SUVs on the market. It stood on a shortened version of its pickup brother, but it was the same vehicle up to the B-pillar. The carmaker designed a shorter rear overhang and a closed trunk with windows on all sides in the back.

Inside, Rivian tried to offer the vehicle in three versions and then added more package options. But the safety was not optional, and the car was fit for the level 2 autonomous driving mode. Like its mid-sized pickup, the SUV featured an electro-chromatic panoramic glass-roof that could be tinted or lightened according to the driver's mood. Rivian installed a wide touch-screen for various car functions and the infotainment system in the middle of the dashboard. Instead of a regular instrument cluster, the driver relied on another display.

For the powertrain, the R1T featured four electric motors for the entire range. The base version featured fewer battery cells than the full version, but that still gave it a range of over 200 miles (320 km). The middle version was the quickest one, rocketing from 0 to 60 in three seconds. Rivian stated that the range was 400 miles (640 km) for the top of the range version. Its pneumatic suspension allowed a 14" (35 cm) ground clearance and a wading depth of 3 ft (1 m). 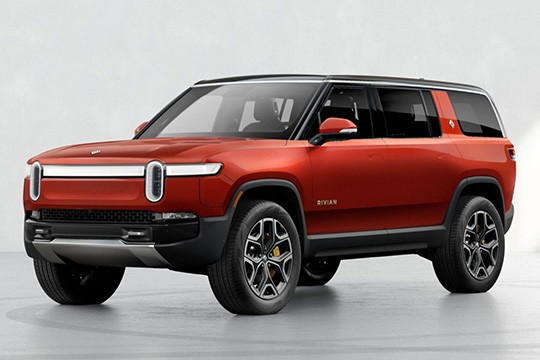 3 Rivian R1T Ends Up With a Broken Accelerator Pedal: Is It an Isolated Case?

5 Rivian Updated R1S Reservation Holders With a Delivery Window, It's Not What They Expected