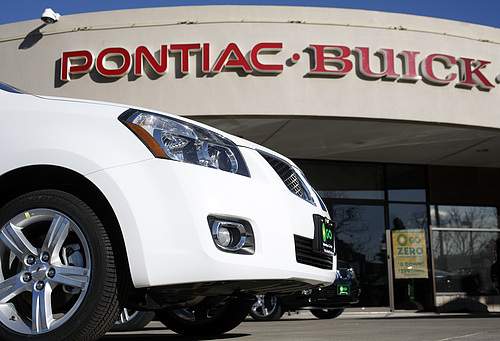 General Motors has announced one more measure that will help the company adopt the "new culture". It will combine around 3,000 dealerships that sold Buick, Pontiac or GMC cars to create approximately 2,000 Buick - GMC stores by October 2010. The news was already confirmed by Susan Docherty, general manager of Buick and GMC, who also revealed that Buick and GMC dealers will stop selling cars belonging to only one of these two brands.

"All our franchise agreements will be renewed then, and we'll only offer one contract: a dual Buick-GMC," Docherty said Friday according to Autonews.

Additionally, Docherty revealed that sales of the remaining Pontiac models are going faster than expected, and General Motors is likely to have only 16,000 to 17,000 unsold units by September 1.

Earlier this month, General Motors announced that it will allow rejected dealers to stop operations before January 1, 2010 without any penalties, in a broader effort supposed to result in a smooth closure of the US dealers.

"We're trying to be as accommodating as possible with them," GM spokeswoman Susan Garontakos was quoted as saying by Autonews. "We are starting the process with them."

"They have to request an early wind-down," Garontakos said. "We won't go out there and ask them or pressure them. But if they request it, we are working with them on that."

In mid June, GM announced it has completed the restructuring process of its dealership network. The 1,300 dealers targeted for closure are being offered in between $100,000 to $1 million to close up shop, with the less fortunate, Pontiac-only dealers to receive in between $10,000 and $200,000.