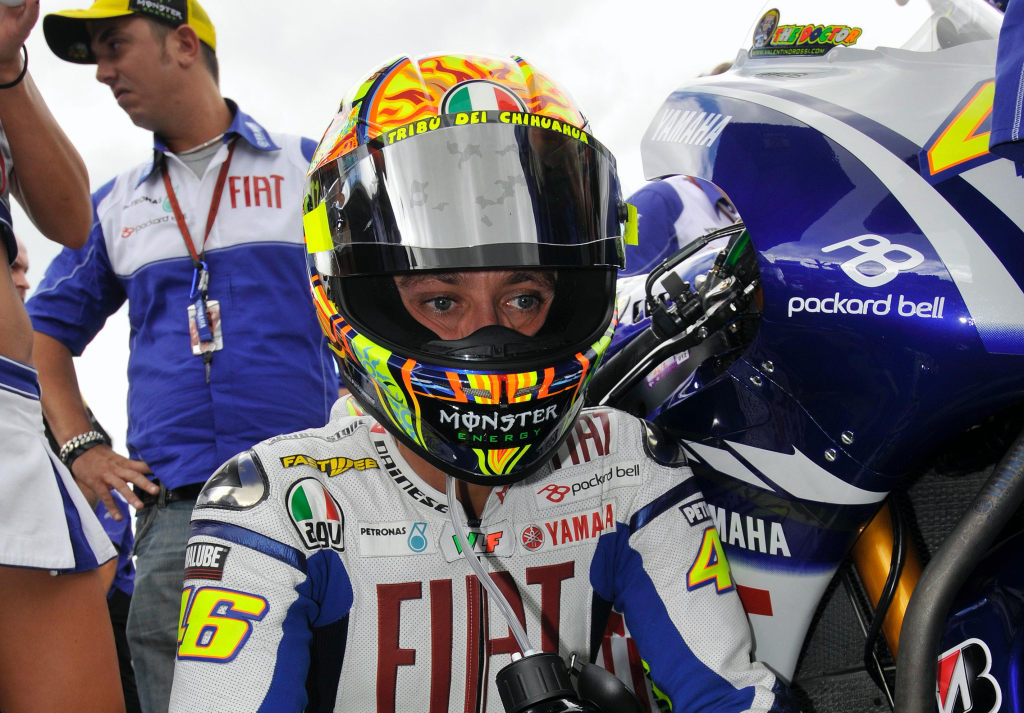 Valentino Rossi declared that his fall in the Indianapolis Grand Prix on Sunday was his fault. The Italian marked the incident as a rider error.

Although the bike clearly lost balance under hard braking due to debris on track, Rossi gallantly acknowledged he had no business being there in the first place. Upon going wide in Turn 1, Rossi tried to get back on Lorenzo and caught him about 1.5 meters off the ideal racing line.

"I was a bit wide at Turn 1 and in order to get back on the racing line I moved too far left and ended up braking on a dirty part of the track," admitted Valentino.

"As soon as I leaned the bike to the right, it dropped. Honestly, right there and then I couldn't understand why I had crashed, but then we looked at the data. In any case it was an error with my racing line," continued the Italian in an interview for the Italia1 television.

"It's true, the rear lost contact a bit, but I don't think that was the problem. It was most of all the fact that I was 1.5 metres off, because I was getting back to the racing line after the mistake, so I braked on a dirty patch," explained Rossi.

Rossi also praised Lorenzo's performance at Indianapolis, saying it would have been very difficult for him to keep up with Lorenzo and try to overtake him.

"We suffered throughout the weekend as we never managed to find the optimal set-up, so when Lorenzo overtook me I immediately thought that it would be too difficult to keep up with him because he was two or three tenths quicker."

"It would have been fine to end up second with my 50-point advantage, but that was probably too easy!", added the 8th time MotoGP world champion.